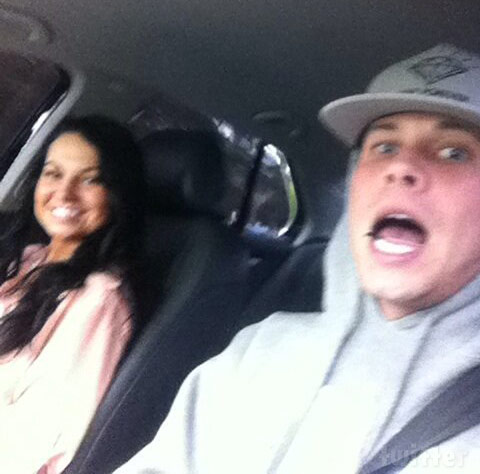 The busiest court system in the country was back at it again this week as Teen Mom 2 star Jenelle Evans’ ex-fiance Gary Head went before a judge in Brunswick County Tuesday to face charges stemming from two DUI arrests and driving without a license. According to the online court records, Gary was represented by none other than Dustin Sullivan himself, and apparently Dustin was able to continue his magic and got Gary a ruling he seemed quite happy with.

Gary took to Twitter on Wednesday to express his excitement, writing:

2 DUIs, driving with no license, no insurance and I get unsupervised probation and 7 days in jail. #HellYeah #Happy #TurnUp

The tweet has since been deleted, but for those of you Jenellologists out there wanting to have documentation, Teen Mom Gossip shared this screen cap: 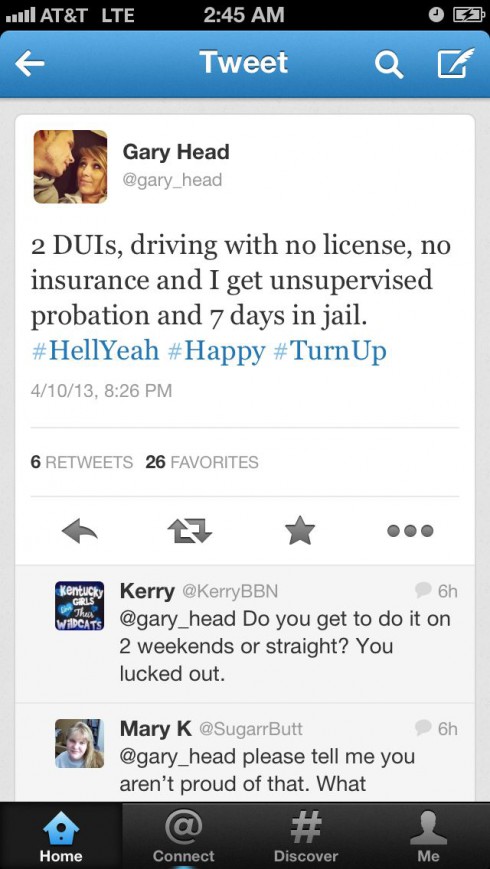 It’s still unclear when Gary will serve his seven days behind bars (and I assume add another mug shot to the ever-growing Jenelliverse collection). A Twitter fan asked Gary on Friday why he wasn’t in jail and he responded by tweeting, “well apperantly there’s a reason I’m not. Chill out. Ill serve my time. Just not now.”