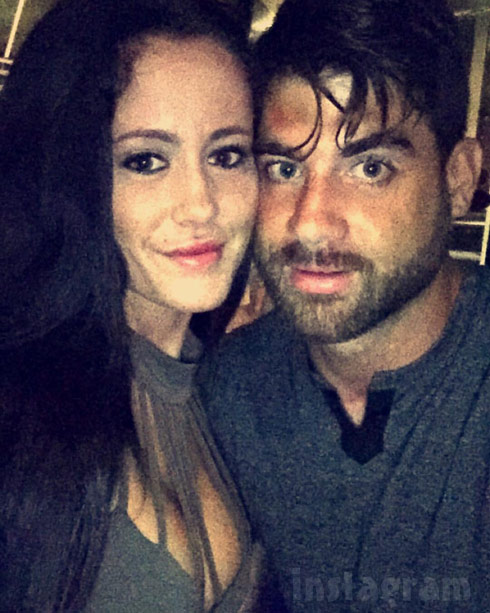 Teen Mom 2 star Jenelle Evans has officially moved on from her former fiance Nathan Griffith with her new boyfriend David Eason. Jenavid have been sharing numerous affection photos together on social media–one of which inspired several harsh comments from Jenelle’s ex Gary Head, who warned David about what was coming.

First, here is the Snapchat photo in question, which features Jenelle hiding her face in the chest of the much taller David Eason: 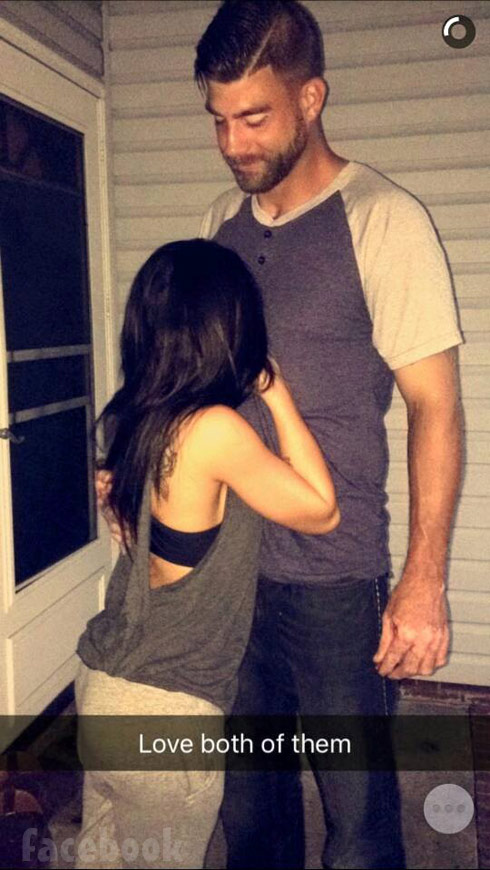 David posted the photo on Facebook and captioned it: “I’ve never been happier than I am with you!”

Gary’s initial comment was simply, “& another one bites the dust

” That set off a series of comments, including one from a very angry Jenelle.

Undaunted by Jenelle’s ire, Gary began conversing with other commenters, and things got a bit harsh:

GARY: He might be cool. I don’t disagree with that. He looks like he would be cool as hell to drink one with. I’m just saying look at the last 4 relationships including myself and see how it all played out. A leopard does not change it’s spots. And if ANYBODY knows jenelle, it me. I wasn’t with her as long as I was and also engaged to her not to know how this new guy is going to end up. Mark my words at the 6 month mark.

COMMENTER: I know dude but be the bigger man and wish the best .. My dad always taught me kill them with kindness… And be the bigger man.. Can’t be mad at someone trying to be happy cause it dident work out with that person.. Ppl change over time so maby its different

GARY: Smh. Ain’t no such thing as hating going on. I just went to her house 3 weeks ago dude. I’m just saying I lived it. You watch it. And the other 3 guys after me ended up the same way. Whatever though. Your boy should probally listen and check the track records. F**king her is one thing but I def would not do a relationship. Ya boy hasent experienced crazy yet. And the only thing MTV gets you is pu**y. Cause that little $1500.00 check ain’t worth sh!t. But aye. I wish ya boy the best of luck. Just tell him when he gets mad or he feels like they’re about to argue. Get in his vehicle and leave. That’s the best advice I can give him. Far as jenelle. She’s cool people but she hasent matured any in the past 4 years. Same sh!t, different year

COMMENTER: Gary sounds like your just hating because you don’t get to tap it anymore.

GARY: You’re so right. I’m a single man that has no kids, no girl, a great paying job, and decent looks. I’m soooo upset that I don’t get to hit those b**f fl*ps again. I mean what am I gonna do with life?

And in case you were wondering, Jenelle explained why she was hiding her face in the photo after being asked about it in the comments. “I had no Makeup on,” she said, “so I didn’t want my face to be seen lol.”

Meanwhile, Jenelle addressed David’s rather extensive criminal history in a statement to Rumor Fix. “We all have a past and have gotten in trouble before, he’s a great guy and wish everyone would stop judging him,” Jenelle says. “I’m a great person and have more mug shots than him so I don’t want to hear it!”

Oh, and Jenelle posted a video on Instagram recently that gives me a reason to use two of my most favoritest words in the Teen Mom 2niverse: “Deer cam!”

I know, it’s not a traditional deer cam per se. But there are deer and they are on camera…