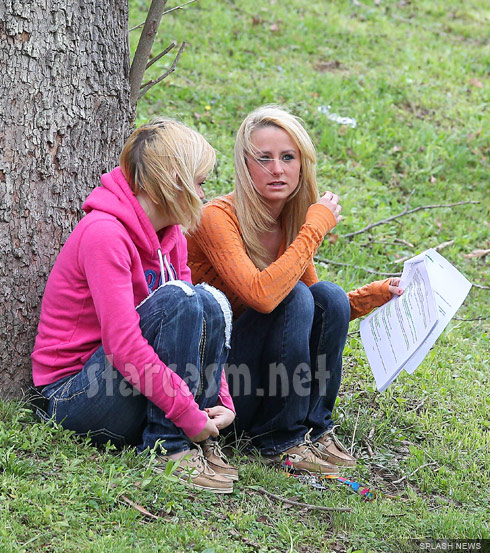 We previously published some photos provided by Splash News that claimed to be Teen Mom Leah Messer reading from “divorce papers” to a friend as an MTV film crew captured the moment for Season 2 of the show. The photos came on the heels of numerous reports, and even online court records, claiming Leah and her husband Corey Simms had filed for divorce.

Numerous commenters pointed out that the papers didn’t resemble legal documents and it turns out they were right! The print outs Leah is reading are actually Facebook messages from someone named Jordan.

The messages on the legible page are from April and appear to say:

You are very attractive.

I’m guessing we can assume the Facebook interaction between Corey and this Jordan person contributed to the split. 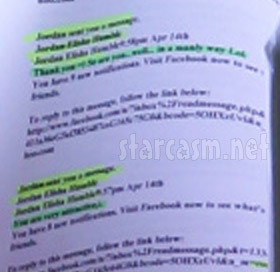 We are currently working on getting some clearer images, but until then you can see the uncropped photo at BabyCenter.com.