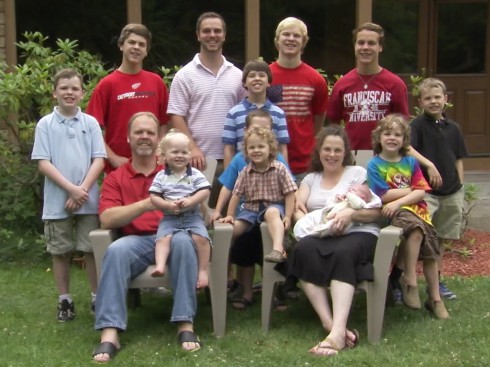 Although Jay and Kateri Schwandt of Michigan are about as experienced in parenting as two people can be, there is one possibility that would send them reeling.

“If we were to have a girl, I think we would go into shock,” Kateri, 39, told Grand Rapids Press. She is currently expecting her 13th baby, who will have 12 older brothers. “It would probably be disbelief… A little girl would be neat to have in the house, but a little boy kind of takes the pressure off. We know what we are doing. Why change things up?”

Her husband, however, would “like to experience the other side” by having a girl to take to daddy-daughter dances and walk down the aisle on her wedding day.

“The stuff that goes on in this house is all-boy — roughhousing and wrestling,” Jay said. “If there was a little girl in there, I assume it would be different.” 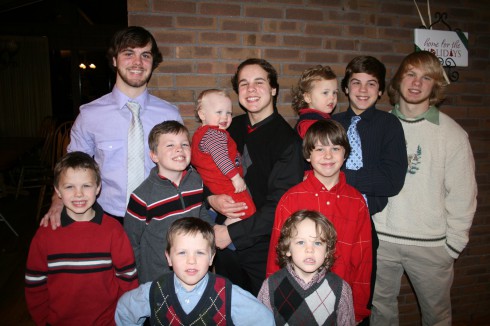 The Schwandt sons range in age from 22-year-old Tyler to 14-month-old Tucker. Jay and Kateri are devout Roman Catholics and don’t believe in using birth control. Fortunately in a situation like that, Kateri happens to “love being pregnant” and doesn’t experience morning sickness.

“I’ve spent half of my life being pregnant,” she said. “It’s very neat and very special.”

Baby No. 13 is due on May 9, 2015. As with their older children, Jay and Kateri don’t plan to learn the baby’s sex in advance… And, at the end of the day, they said it doesn’t really matter.

“We are both super-excited,” Jay said. “Obviously we are just hoping for a healthy baby.”