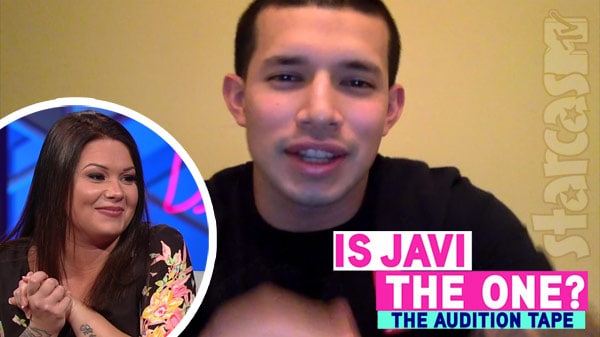 Teen Mom 2 dad Javi Marroquin has been going through a very tumultuous and very public split from wife Kail Lowry, but now it appears he is ready to move on with a new woman — and a new MTV show!

This week’s episode of Are You The One? Aftermatch featured an audition video from Javi in which he reveals that he wants to be a cast member next season! Here’s what Javi had to say in the clip:

Hey, what’s going on everybody? This is Javi. Most of you probably know me from Teen Mom 2 — got my little koozie here. So if you do, you probably know my story — what happened to me — and you know I love to love. I’m out here looking for love. I just can’t find it. It’s not in the DMs, it’s not anywhere. I can’t find it. So if you do know about me, you know I got a three-year-old little boy. He means everything to me. And, yeah, I’m just trying to figure out who’s the one, trying to take somebody out on a date. 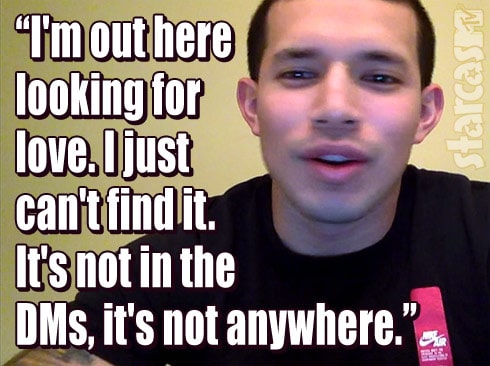 Aftermatch host Terrence J notices that his guest, Are You The One? Season 2 star Ellie Puckett, appeared particularly fond of Javi’s audition. “You seem to like that Ellie.”

Terrence asks here is she is for real, and Ellie assures him it is. “I said — you don’t wanna know,” Ellie says laughing. “I said, ‘It’s on my bucket list, I’m having your baby.'” (I think Ellie should start calling it her “Puckett List” instead.)

“Wow!” exclaims Terrence. “What did he say?”

“Ok,” Terrence smiles, “So maybe he doesn’t need to be on the show.”

Javi later tweeted about his appearance and hinted at being open to appearing on the VH1 series Famously Single, which has a pretty good track record as far as hooking up male MTV reality stars goes:

Appreciate the love yesterday on @AREUTHE1 ☺ maybe one day I'll find it. ?

Oddly, Kail didn’t seem to even so much as subtweet about Javi’s “audition.” Perhaps that’s because she is looking to star in Season 1 of 24 and Pregnant and Famously Single?