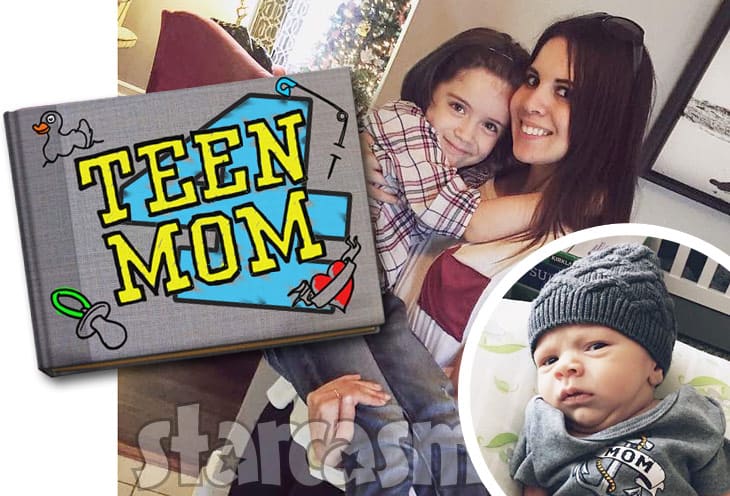 As we reported last month, MTV is currently casting for a brand new season of Teen Mom, and this time around they are looking for young mothers who have children between the ages of 4 and 7. One young mom who has tossed her hat in the ring is no stranger to MTV viewers as she was featured in the hour-and-a-half season finale of 16 & Pregnant Season 2!

Ashley Salazar, who placed her daughter Callie for adoption with relatives in one of the most emotional 16 & Pregnant episodes ever, revealed on Twitter that she has applied to be on the show and says that it is “looking good so far.”

“So I applied to the new seasons of Teen Mom” Ashley wrote, “and I think it’s looking good so far?” she tentatively added. “Who knows. Either way I feel I’ve come a long way,” Ashley said. There looks to have been a second part to Ashley’s tweet, but it (and the original) were quickly deleted.

As we mentioned in our article about MTV’s casting call, we believe the new Teen Mom series (which we assume will be called Teen Mom 4, but that is not official) is looking to correct the built-in fallacy of their original Teen Mom “reality” series, which is that all of the moms became extremely wealthy because they were on the show, so their lives were not exactly an accurate representation of what most young women who had a child as a teenager have experienced. If this is the network’s motivation, then it makes a lot of sense to approach the mothers featured on 16 & Pregnant because they received very little in the form of financial compensation, and if anything, their appearances on the show made their lives even more of a struggle given the negativity they faced online and in their communities.

Ashley is certainly no exception! In case you missed it, Ashley has led a very storied life since her appearance on 16 & Pregnant, including giving birth to her son Phoenix earlier this year.

Phoenix’s dad is Justin Lane, who is also the father of Ashley’s daughter Callie, and it looked as though the couple had finally worked through their differences on their way to a happily ever after. But, while Ashley was pregnant, the two had a HUGE falling out and they are currently not together. The result is that Ashley is struggling as a single mother — which seems to be exactly what MTV is looking for. And I think Ashley’s story is especially attractive because MTV viewers will get to see the result of an open adoption with a family member in which visitations are a rather common occurrence — unlike Catelynn and Tyler’s relationship with their birth daughter Carly.

Here are some of Ashley’s recent tweets that illustrate some of the difficulties she is currently experiencing trying to raise Phoenix: 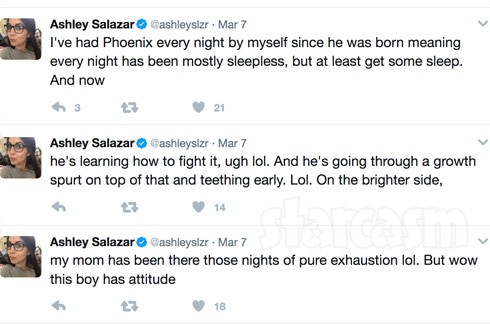 Wouldn't trade every day of exhaustion with this boy for the world ?

Fans will also be able to catch up on some of Ashley’s other struggles and triumphs over the last few years, which includes suffering a miscarriage, graduating college, attending an eight-week program to address a very serious drinking problem, and losing an ex-boyfriend in a car accident.

We have been very outspoken about our admiration for Ashley, dating all the way back to her blog entries prior to her appearance on 16 & Pregnant, and we would love to be able to follow her life on screen again. We also hope that MTV is considering other 16 & Pregnant moms for the show — if they are willing.

So what do you think? Would you be excited to see Ashley return for a new Teen Mom series?