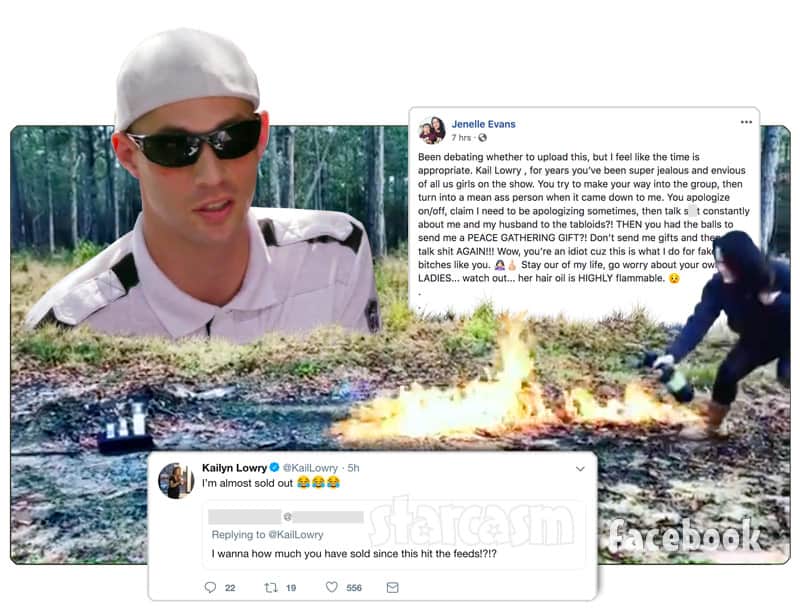 After months of teasing, Teen Mom 2 dad Andrew Lewis will be making his triumphant return to MTV next week! Plus, Jenelle Eason’s infamous stunt in which she set fire to the Pothead haircare products that her co-star Kail Lowry sent her will be on this season as well!

First up, here is the preview clip for next week’s episode in which Andrew and a male friend discuss whether or not Andrew will be able to see Jace again. However, the topic of the conversation is completely overshadowed by the fellers’ blinding OxiClean attire:

[It seems some folks are having issues with the videos playing. Try tapping “play” twice quickly. Then you should be able to play the video normally. We are looking into the issue and hope to have it resolved soon!]

Thanks for tuning in! ? #TeenMom2 continues with an all-new episode next Monday at 9/8c on @MTV. pic.twitter.com/JlG7iBuWOR

OK, do we have any physicists out there who can explain what is going on here? 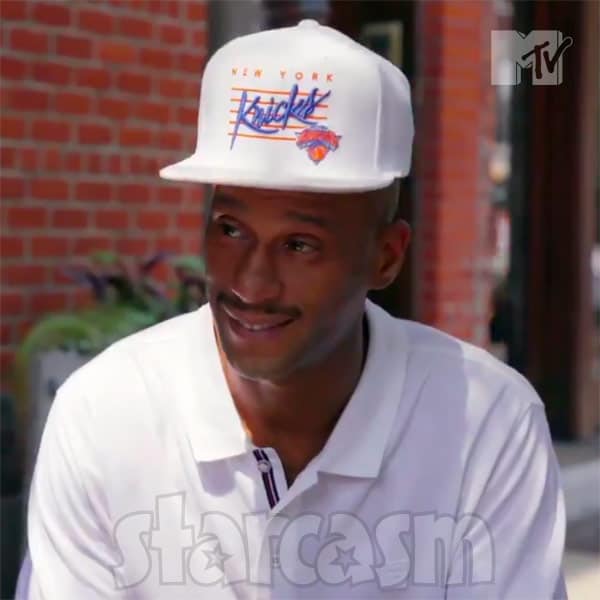 Does he have a drone under there? And is anyone else reminded of Tyler Baltierra’s over-sized white hat that he used to sport all the time? (We liked it so much that it made our list of the “Top 5 Favorite Inanimate Objects From Teen Mom” way back in 2011! Unfortunately, it couldn’t compete with Corey Simms’ ragged camo West Virginia hat.)

Of course, there are more moms on the show than just Jenelle! Here is a bullet point recap of what to expect from her co-stars next week:

• Chelsea DeBoer heads out for the night leaving Cole alone with their newborn daughter Layne (and their other children) for the first time.

• Briana DeJesus plans a trip to Puerto Rico and she invites Nova’s dad Devoin to come along. (I’ll be curious to see how John reacts to THAT news!)

• Leah Messer reveals that her daughters are about to receive their report cards, and she lets them know that if they get a single “C” that they “are in trouble!”

• Kail Lowry says bad things about her ex Javi Marroquin to somebody on speakerphone.

If your retinas weren’t damaged by the bright white light in that last clip, we have another dramatic preview video from MTV highlighting some of the drama fans can expect to see later in the season — including Jenelle setting fire to her “peace gathering” from Kail!

This March, Mondays are STILL a mother—and the most shocking episodes are yet to come. ? #TeenMom2 continues Monday at 9/8c on @MTV. pic.twitter.com/EVVmLA3Dzy

For those of you not following along with the Teen Mom 2 off-screen drama on social media, Kail launched her CBD-infused Pothead haircare line late last year. She sent all of the Teen Mom moms from all of the current franchises a gift set, including Jenelle, despite the fact that the two weren’t on speaking terms at the time. Jenelle did what she does whenever she has something with marijuana in it, she set in on fire!

And not only did Jenelle set the gift set on fire, she made a video of it and posted it on Instagram along with a message for Kail:

Been debating whether to upload this, but I feel like the time is appropriate. Kail Lowry , for years you’ve been super jealous and envious of all us girls on the show. You try to make your way into the group, then turn into a mean ass person when it came down to me. You apologize on/off, claim I need to be apologizing sometimes, then talk sh*t constantly about me and my husband to the tabloids?! THEN you had the balls to send me a PEACE GATHERING GIFT?! Don’t send me gifts and then go talk shit AGAIN!!! Wow, you’re an idiot cuz this is what I do for gifts sent from fake ass b*tches like you. ??‍♀️?? Stay our of my life, go worry about your own.

Oddly, the preview clip for the entire rest of the season is mostly Jenelle — both the firestarter thing and the potential return of Andrew. The only other story lines teased in the clip were for Chelsea and Leah as Leah expresses to her boyfriend Jason that she hopes Addie will have a father figure in her life. With Chelsea, the debate continues over whether or not Cole should adopt Aubree, and how much say Aubree should have in the decision.

To see everything mentioned above (and more!), be sure to tune in to new episodes of Teen Mom 2 airing Monday nights at 9/8c on MTV!