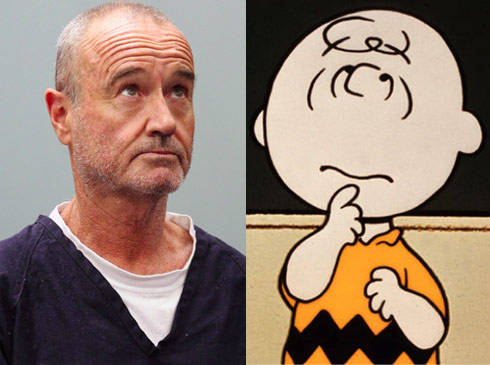 Peter Robbins, the voice of Charlie Brown in many of the classic animated Peanuts TV specials, plead guilty yesterday to making criminal threats and stalking.

The 56-year-old paid for breast-augmentation surgery for his girlfriend at the time, Shawna Kern. After an alleged domestic-violence episode between Robbins and Kern, the voice of Chuck threatened the doctor who did the procedure and his version of the Little Red Haired Girl in an attempt to get his money back.

When he was arrested back in January he plead not guilty.

When the actor who voiced Charlie Brown’s teacher was asked about the news he said, “Wanh wanh anh anh wanhhhh wanhhhhhhh.”