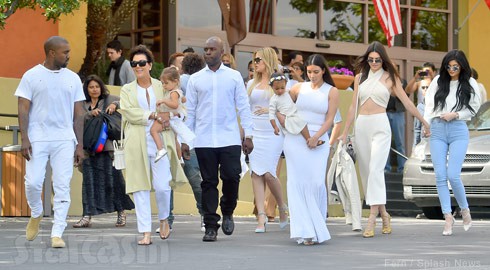 The Kardashian family seems to attract controversy no matter what it does, and the Kardashian family church is certainly no exception. Kris Jenner’s involvement with the California Community Church–which has undergone at least one name change and hired at least one pastor with a sketchy past since coming to her attention–operates out of a Los Angeles-area storefront, often holds services in a hotel, and has been accused of being nothing more than a Kardashian tax haven.

Formerly known as the Life Change Community Church, the CCC is located at 30125 Agoura Road in Agoura Hills CA, nine miles down the highway from the Kardashians’ Calabasan compound, in the same strip as Grissini Ristorante Italiano, and within sight of the Twisted Oak Tavern. Here’s a photo of the church, taken from its official Facebook page: 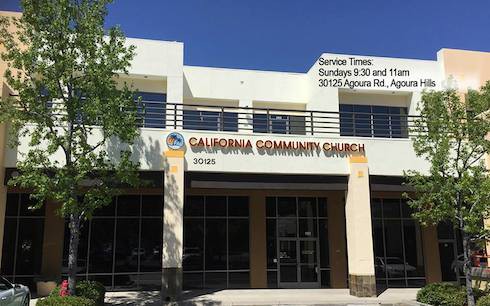 Kim Kardashian appeared to confirm her family’s interest in the church in a 2011 interview with Piers Morgan. “My mum has helped create a church, so we help fund that,” she said. And Kris herself claimed she was inspired to start a church after her former pastor–Brad Johnson, at the time the head of the Calvary Community Church–resigned in disgrace following an infidelity scandal in May of 2007. He allegedly attempted suicide three times after his resignation, before Kris tracked him down at the local Starbucks where he’d found work.

“You went to church and you felt like he was talking to you,” Kris told the Ventura County Star. She certainly believes in his ability to persuade: Johnson was the pastor who wed Khloe Kardashian and Lamar Odom on Keeping Up With The Kardashians in 2009. And two years later, when Johnson married the woman with whom he’d had an affair, Kris Jenner held the ceremony at her house:

However, it was Kim Kardashian who raised eyebrows a few years ago, when she claimed in a blog post that she donates 10% of her yearly income to the church, along with assorted other charities. “Whatever [my income] is, I give 10 per cent away to the church and that’s what I was taught,” Kim later explained. “Every year. Absolutely.” (When Kourtney was asked the same question, her response was firmly tongue-in-cheek: “I’m going to now–I was taught that too but I forgot about it! I don’t have as much money as Kim.”) 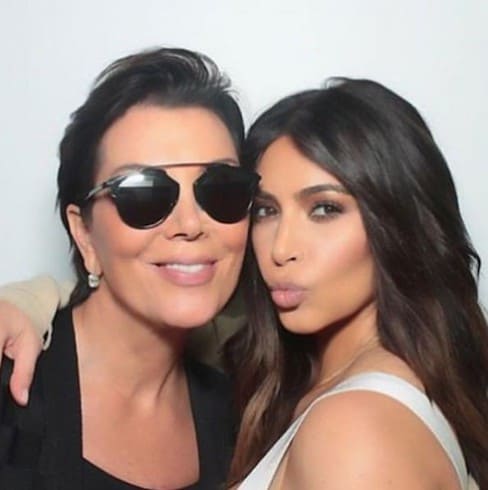 At the time, at least one report criticized Kim for misleading the public about how much she was actually donating. Though the Kardashian family’s and the church’s tax records are both private, the company that Kim used for charitable donations in 2012 has public records. They showed that, despite a surface promise to donate proceeds from an eBay auction of old clothes to charity, Kim used fine print to deflect the total she would actually donate. Of the $399,500 the auction raised, only $19,975 (exactly 5%) went to the charity–and the charity was the church that her mother owns.

There’s nothing illegal about such maneuvers, and the Kardashian family church is hardly the first religious organization owned or controlled by celebrities. Kris’ involvement appears not to be widely known; her name doesn’t appear on the CCC’s contact page, and membership, which allegedly costs $1,000 per month (or 10% of total income), is restricted to the wealthy.