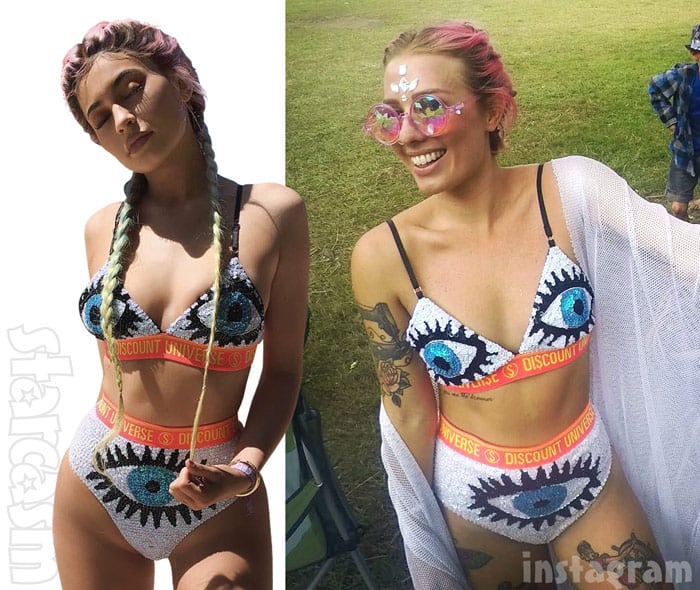 Koachella Kween Kylie Jenner unveiled her Day Two look for Coachella 2016 last night, which was a sequined three-eyed bikini that looked straight out of a Miley Cyrus and The Flaming Lips music video — in a surreally joyful way. As unique and fresh as the eyeballkini look was, it was actually soooo 24 hours ago as festival goer Brit Day rocked the same exact look on Day One!

Brit didn’t appear to have any hard feelings, however, as she shared these side-by-side photos and captioned it with, “When the babe’n @kyliejenner steals your look!! ??????”

Another photo of Brit with all eyeballs on her — and behind her:

Brit Day, an Australian music festival lover, actually has her own clothing label with similarly colorful and fun looks called Day By Day. Here are some samples:

However, Brit and Kylie’s outfit was not a Day By Day design. So where did Kylie Jenner get her Coachella Day Two outfit? It’s from Australia’s Discount Universe: 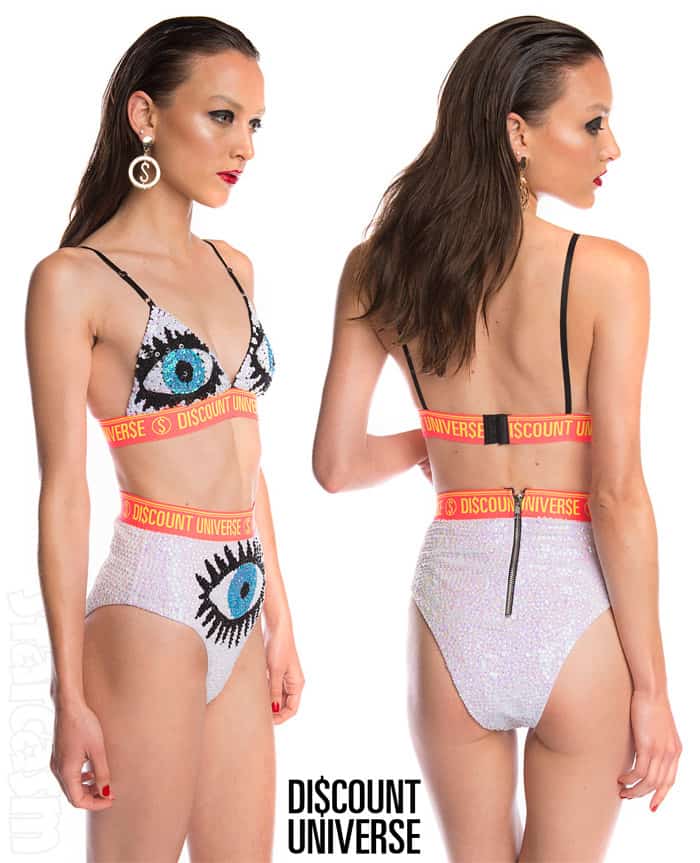 The two-piece look is called “Evil Eye” and the hand-sequinned undies and bra are sold separately for $119 each. Here is a full-length look at the set: 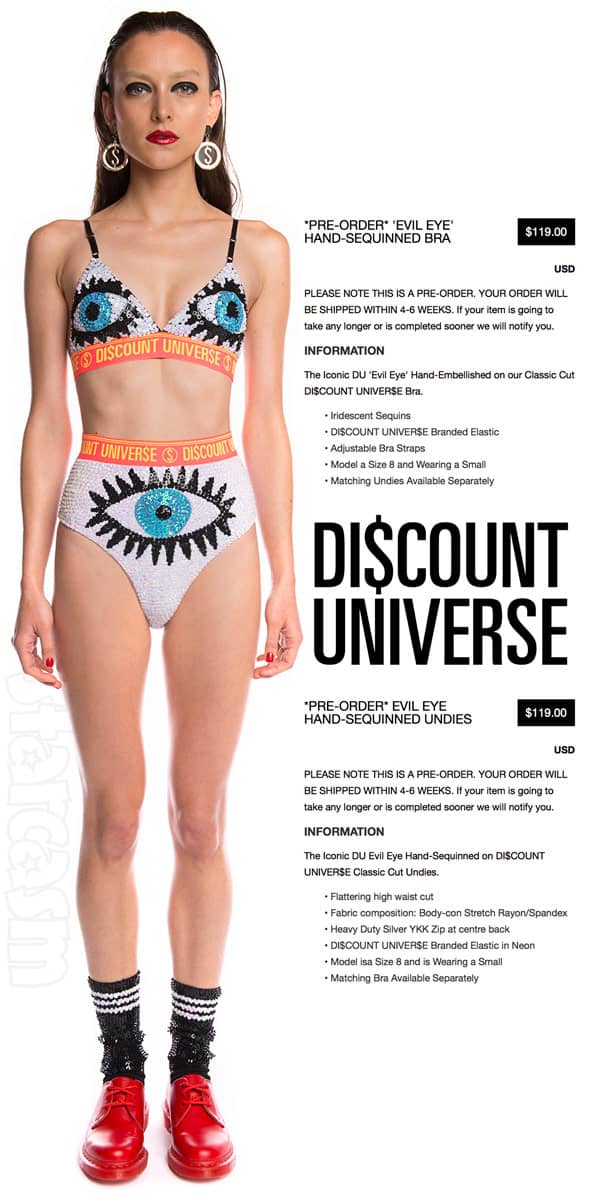 Both the bra and undies come with iridescent sequins and “DI$COUNT UNIVER$E” branded elastic. The bra features adjustable straps and the undies include a heavy duty silver YKK zip at center back.

If you are looking to cop Kylie’s look for the 2016 festival season, you’d better hurry! It appears as though the Kylie Effect is already in place as Discount Universe lists both the Evil Eye bra and undies as “pre-order” items that may take 4-6 weeks for delivery.

Kylie Jenner could be a billionaire by her 21st birthday