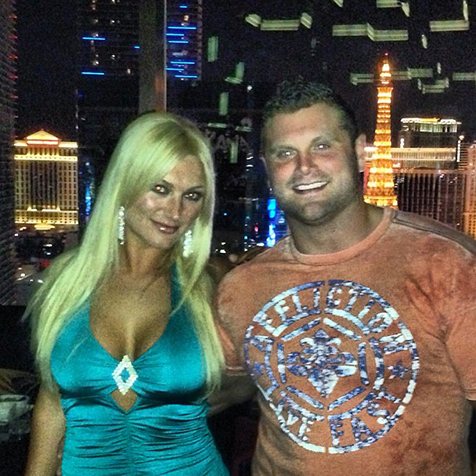 Brooke Hogan is engaged. On Saturday night, June 29, her Dallas Cowboys player beau got down on one knee in Las Vegas and proposed in front of an amazing view including The Paris Hotel’s version of the Eiffel Tower. Luckily for fans, Brooke shared some amazing photos from the momentous occasion.

“Happiest moment of my LIFE. I am marrying my best friend. I woulnt choose anyone else. I am so lucky and so grateful,” Brooke wrote on Instagram along with the photo below. 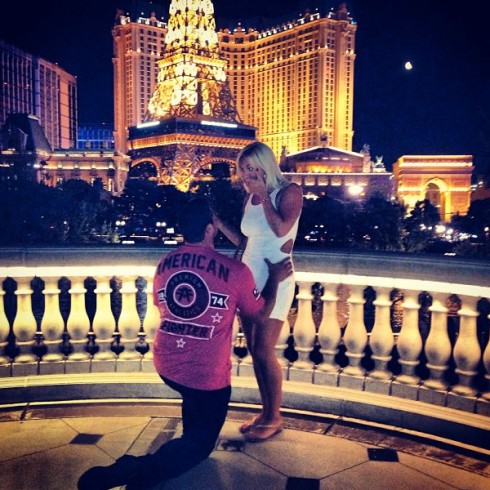 Later in the evening, Brooke added a second photo  along with the caption, “I look scary but this is the face of total SHOCK.”

There’s no word on how long Brooke and Phil have been dating, but since she was dating someone at the beginning of the year, it couldn’t have been very long. 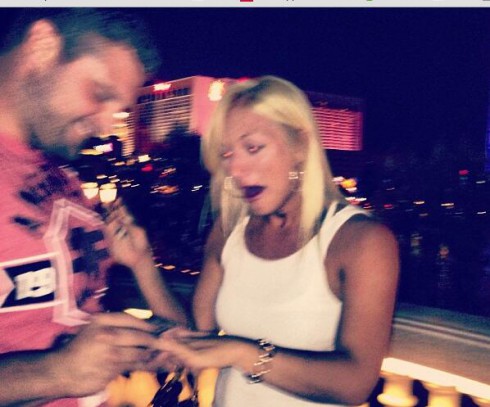 First, Brooke’s mom tweeted, “My Brooke is getting married!! Phil proposed to her last night!” Then, her brother weighed in saying, “MY SISTER IS GETTING MARRIED!!!!! CONGRATULATIONS BROOKEY!!!!!”

Brooke’s father Hulk Hogan has yet to publicly address the engagement.

Unfortunately, there is one piece of bad news for the happy couple. Brooke is apparently still “married” to professional wrestler Bully Ray and having trouble convincing him to sign divorce papers. He claims he still loves her. Hopefully now that she’s engaged, he’ll be considerate and take the necessary steps to end their marriage. (Everything on pro wrestling shows is real, right?)