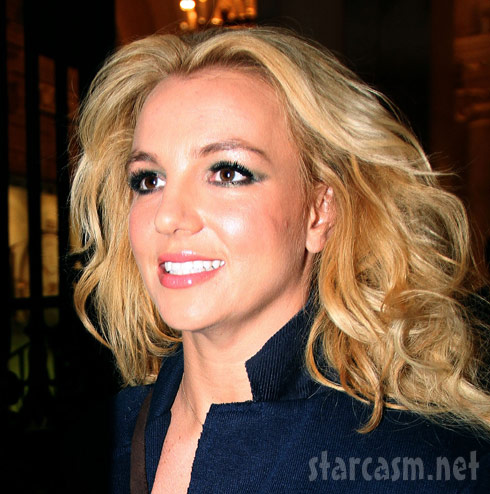 By all appearances pop star Britney Spears has come a long way from the shaven-headed cray-cray Brit-Brit that was falling apart in front of our eyes back in 2007. She’s in a healthy relationship with her former manager, Jason Trawick, has been out of the bad press cycle (legitimate anyways) for a while, and she was mostly applauded for her recent globe-trotting Femme Fatale tour.

In addition Spears has regained custody of her two sons. All of these signs are positive ones for Britney and recent news suggests that she may be all the way back to having full control.

During her down spiral, Britney’s father was named her conservator because courts deemed her incapable of managing her financial affairs and her life in general. According to a recent report from The Sunday Express it appears that daddy Jamie Spears is ready to halt the conservatorship as an upcoming wedding gift.

This wedding is rumored to be taking place in Hawaii on Valentine’s Day so pops better hurry up and get them papers in order if this is indeed his intention!

Speaking of Britney’s dad, sources were quoted a year ago by Radar as stating:

“Britney now recognizes that if her father hadn’t stepped in and taken the action that he had, well…. Britney is now crediting Jamie for saving her life… Britney’s relationship with her dad is in a very, very good place now. She was extremely emotional backstage before leaving for the VMAs and kept telling her daddy how much she loves him.”

Here’s hoping that everything is at it seems and that Britney is on the straight and narrow. Whether or not her father does halt his role as conservator as soon as indicated it’s been a remarkable transformation that not many people considered a possibility only a few years ago.

If she keeps it up, Britney may very well become the modern-day example of how someone regained their life after falling apart in the public eye. Now that’s something I can’t hold against her.