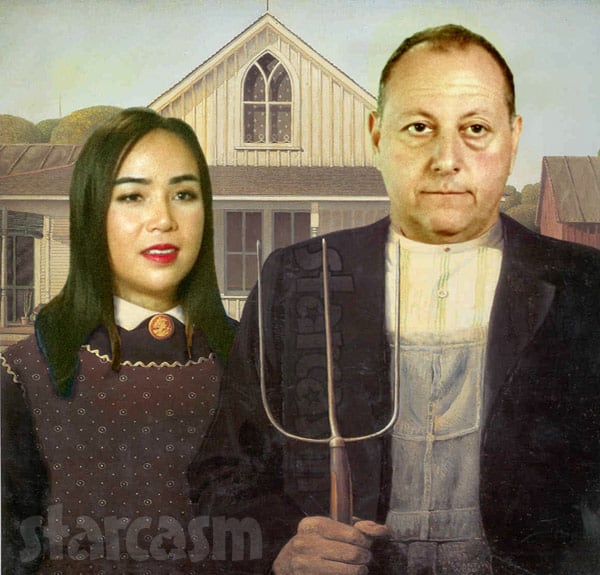 One of the major story lines for the new season of 90 Day Fiance: Happily Ever After will reportedly be newlyweds Annie and David Toborowsky debating whether or not they should remain in the United States, or return to Thailand — mostly due to financial reasons. We gathered up the “evuhdense” and have the answer for you!

According to LOTS of online activity over the last few weeks, it appears with almost 100% certainty that David and Annie are still in the United States — at least at the time of this post.

Earlier this month, David shared photos of himself and Annie in attendance at the Kentucky Derby, and at least one of them got into the festive spirit with the appropriately flamboyant headwear:

In addition to partaking in one of David’s home state’s most famous events, David is also getting back into the local political scene with numerous posts expressing his opinions on which candidates people should be voting for — not exactly the kind of activity someone would be engaging in who is planning on leaving the country soon.

It is unknown if David is planning on throwing his Derby bonnet back in the ring by running for some sort of office. You may recall that David previously ran for a seat on the Jefferson County Board of Education, but his campaign was mired in controversy. (Click the link for all the details.) David also served in the Cabinet for Health and Family Services.

On May 7, David posted a photo on Facebook revealing that Annie was in the hospital due to an illness. But, he followed that up on May 11 with a picture of Annie enjoying herself at a Louisville Vietnamese restaurant and he updated fans with some good news: “Yeaaa. Annie is feeling better.”

I am starting to feel better. Thank you all for the warm wishes. It was a very rough 48 hours.

I thank my Teerak David for taking such good care of me. I love you so much.????

In the past couple days, both David and Annie have posted on social media with Louisville geotags. But, just in case you needed a smoking gun, they have both announced they will be in attendance at a 90 Day Fiance: Happily Ever After premiere viewing party at a friend’s house in Louisville later tonight.

In summary, as of May 20, 2018, Annie and David Toborowsky are still in Louisville and still together. It’s unknown if David has found a job (his friend Chris revealed David was thinking about being an Uber driver) or if he and Annie have moved out of their converted firehouse apartment.

I should point out that David and Annie are still here at the time of this post, but (for all I know) they could have a flight back to Thailand booked for tomorrow! We will certainly keep our eyes and ears peeled and will update if there is any indication the two are heading back or staying for good.

90 Day Fiance: Happily Ever After Season 3 premieres tonight at 8/7c on TLC!