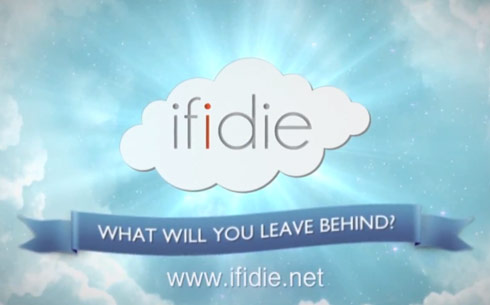 Are you concerned about what will happen to your Facebook profile after you’re gone? There’s no need to worry because Israel-based startup company Willook has got you covered with their “If I Die” app that allows you to post text messages and/or videos to your wall after you’re gone! According to their promotional materials, “It could be your life story, a secret you haven’t shared before or even a will.”

The way the “If I Die” app works is once you’ve installed it you simply need to designate three of your friends as “trustees,” and if you pass away unexpectedly, your message(s) is posted once all three trustees confirm your passing. You can post a single message, or record multiple messages, which you can post all at once, or schedule to be published on certain dates. (Such as your children’s birthdays.)

Here is a screen cap of the app screen: 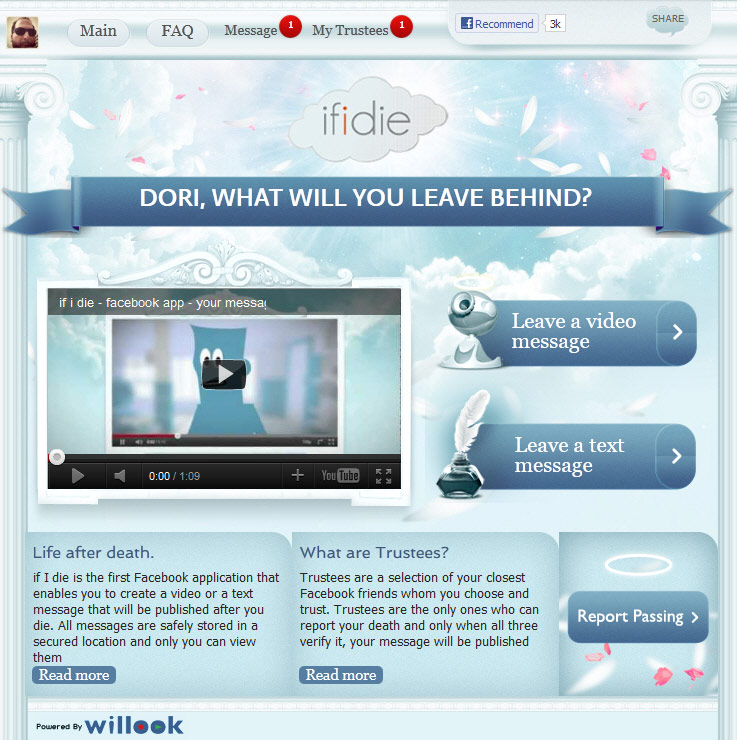 Alfonta got the idea when two of his married friends traveled to Italy without their children and narrowly escaped a fatal car crash with a truck. “They stopped aside and drank water and relaxed and started speaking between themselves: ‘Oh my god, what would happen to the kids if something happened to me?’” They asked Alfonta to create a website where they could record something secret to their kids that would only be sent if they died.

Here is the rather light-hearted “If I Die” promotional video:

And her’s another promo clip for the app that goes beyond “light-hearted” and seems downright creepy in its vindictiveness:

“If I Die” currently only publishes to a user’s public profile, but the team is working on features to allow for discrete messages and even messages that can be sent to people not on Facebook. The public postings will be free to use, though the discrete messages will work on an annual subscription model, Alfonta says.

I suppose, just like death, this Facebook app was just a matter of time. So what do you think? Would you want to leave Facebook messages after you’re gone? And if so, what kind of messages would you be leaving?