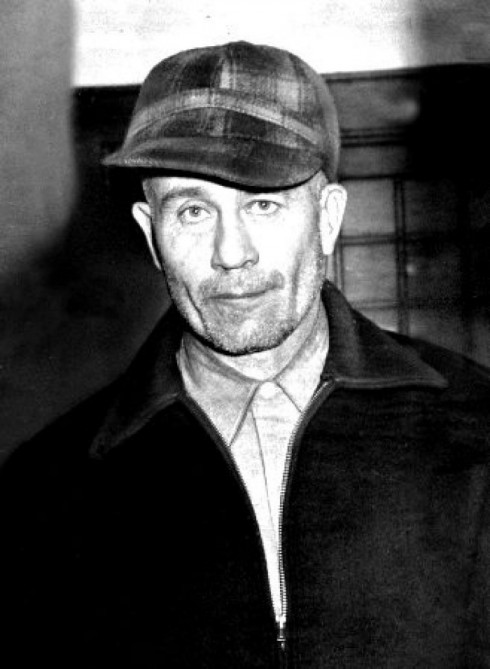 Tonight is the second season finale of Bates Motel, a modern-day prequel to Psycho — an original story that’s resonated with people ever since author Robert Bloch wrote the novel in 1959 and Alfred Hitchcock adapted it for film the following year. Although much is now “known” about Norman Bates, contemporary viewers hear little about Ed Gein, the actual murderer who originally inspired the mother-fearing character.

Edward Gein was born in rural Wisconsin in 1906 and was raised alongside older brother Henry Gein. The boys’ mother, Augusta Gein, is described in multiple accounts as a fanatical Christian woman who tried to strike the fear of God into her boys and prohibited them from interacting with people outside of school. Meanwhile, the boys’ father, George Gein, has been called a “weak” man who couldn’t hold down a job and never had a say in the way his sons were raised.

Their isolation for the outside world didn’t serve Ed well when he had to interact in society. According to Wisconsin Sickness, he was teased by classmates for being effeminate and shy — leading him to cling even closer to his mother. Despite Ed’s admiration for Augusta, she reportedly thought very little of her own sons and assumed they would turn out like their father.

When George Gein died in 1940, both of his adult sons were still living at home with their mother. At that point, Henry and Ed were forced to venture out into the community more often to pick up odd jobs to support their mother. According to Deviant, a 2010 biography about Ed Gein, Henry had more of an independent streak than his brother. He also often complained to Ed about their mother, but the younger brother always defended Augusta. 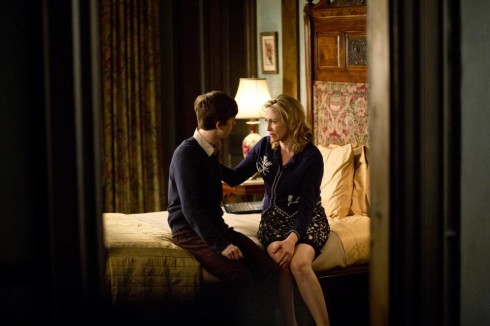 Ed Gein’s narrative began to grow more mysterious in 1944 when Henry suspiciously died: Both boys were apparently out battling a brush fire near their home when Henry went missing. Ed reported his brother’s disappearance to police, who then discovered a dead and bruised Henry on a patch of unburned land. Despite the questionable nature of Henry’s death, local police reportedly couldn’t fathom that Ed would have killed his brother. The coroner ruled Henry died of asphyxiation and Ed wasn’t seriously questioned.

After Henry’s death, Ed and Augusta were all alone together on their farm — but only until 1945, when Augusta died from a stroke. In Devient, author Harold Schechter says this loss obviously hit Ed hard because he “lost his only friend and one true love. And he was absolutely alone in the world.” 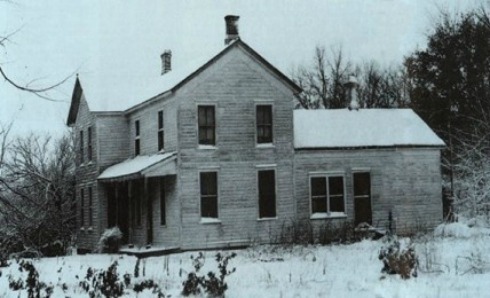 The farmhouse where Ed Gein was raised.

Following his mother’s death, Ed sealed off every nonessential room in the house to be preserved as shrines to Augusta. At this same time, Ed reportedly also became obsessed with dead people. He spent most of his spare time reading obituaries, learning about anatomy and head shrinking and visiting local graveyards. According to a 1957 local newspaper article, Ed later admitted to exhuming at least nine bodies while in “daze-like states.”

Ed reportedly also began identifying himself as a woman. According to Crime Library’s Katherine Ramsland, he applied his knowledge of anatomy by skinning the faces from the women he exhumed from graves and then using the skin as masks. (This part later inspired the characters of Leatherface from Texas Chainsaw Massacre and Buffalo Bill in Silence of the Lambs.) 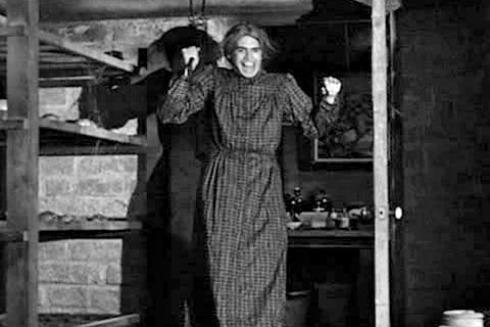 According to reports, Ed didn’t like the way the skin from exhumed bodies was prone to cracking — so he started looking for fresh meat. In 1957, the decapitated corpse of Bernice Worden was discovered on Ed’s property. Also found were a wastebasket made from human skin, bowls made from human skulls and clothing made from human body parts, the victim’s heart in a saucepan on the stove and a mask of human skin (which was identified as Mary Hogan’s, a missing woman).

Ed eventually admitted to accidentally shooting Bernice Worden and Mary Hogan, but claimed he couldn’t remember specifics because he was in daze at the times of their deaths. He said he stole the rest of the body parts from graves. However, he’s been tied to the disappearances of four other people from the region.

He was deemed emotionally impaired as a result of his upbringing and relationship with his mother. He spent the rest of his life at the Mendota Mental Health Institute.