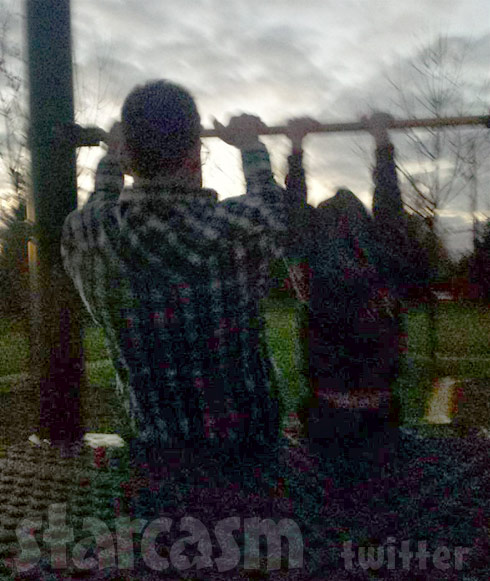 For the past few months, the identity of Amber Portwood’s boyfriend has been a carefully guarded secret — but he couldn’t stay a mystery man forever! Radar Online says Amber is dating Matthew Baier, a 43-year-old Boston native.

During our interview with Amber this summer, she revealed for the first time that there was a special man in her life. But, she said she was holding back because of trust issues. She explained, “I really do feel like I love him, but we’re not together. We’re taking things really slow.”

It looks like Amber and Matt made things official a short time later and sealed their new relationship status with matching tattoos. 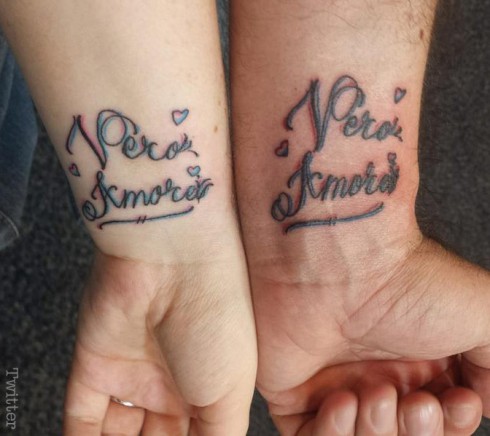 Amber still wanted to keep her boyfriend’s identity a secret at that time, but told a follower “he’s an amazing man… opposite of what I’ve been with in the past.” The next month, he made an even bigger statement by getting Amber’s name inked on his arm. 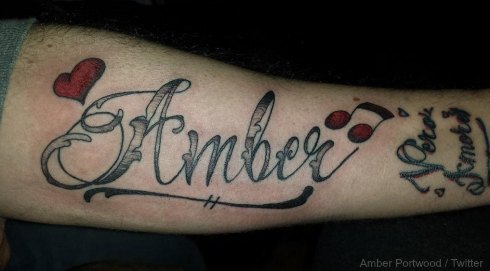 Although Matt and Leah (shown together at top) seem to get along great, he and Amber took a romantic adults-only trip to Las Vegas earlier this month.

Amber was reportedly “obsessed” with keeping Matt’s identity a secret, but she has been interacting quite intimately with someone on Twitter over the last few months that goes by @MattbEPT, who also appears to be from the Boston area. A few examples…

“Never hrd anger until uve hrd @AmberLPortwood scream @ the tv while watching ppl make HoHo’s on @FoodNetwork ‘THERE IS NO COFFEE IN HOHOs'” Matt tweeted in September.

Earlier in the day Matt tweeted, “Classic @AmberLPortwood moment. ‘Matt what should I eat with my chicken’ ‘Brown rice and Broccoli’ ‘But all I have is cucumbers.'”

Amber responded to that with, “lol shut up.”

Twitter Matt has also come to Amber’s defense a number of times, saying she’s “an amazing mother who gave up her freedom for the sake of her daughter” and “any kid would be lucky to have a mom like Amber.” And he’s even done his research! In addition to apparently being a big Teen Mom and Teen Mom 2 fan (except for Jenelle Evans), he has also read Amber’s book. “Spending Sat night reading ‘Never Too Late’ by @AmberLPortwood,” he tweeted in August before adding, “great great great read by an even better human being. You’re the best AP!”

Based on his other tweets, Matt is an aspiring professional poker player with a couple kids of his own. According to a court official, Matt ran into some trouble in the 1990s when he was arrested on different occasions for issuing checks without funds, driving under the influence and simple assault. Although those charges aren’t to be taken lightly, it looks like he’s stayed on the straight-and-narrow for the past two decades, besides a federal tax lien that was dismissed in 2008.