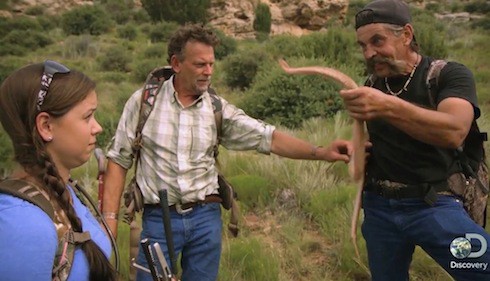 How much is snake venom worth? Thanks to Discovery’s new show Venom Hunters, the question is getting more attention than perhaps ever before. The show follows four teams of snake wranglers and–you guessed it–venom hunters, each determined to capture as many snakes and gather as much venom as possible in the name of medicine and science. (And, of course, to snag a healthy profit!)

First of all, here’s a quick breakdown of Venom Hunters itself, courtesy of the Discovery press release:

Every year, venomous snakes kill over 100,000 people and hospitalize thousands more. Despite this staggering number, the deadly venom is also used to save lives in the production of anti-venom. There’s a problem, though: anti-venom supplies are dwindling every year, making the stakes even higher for brave professionals who harvest this equally deadly and precious substance. New Discovery series VENOM HUNTERS will follow four brave teams of expert snake hunters who have the guts and skills to chase down the world’s most venomous snakes and collect this highly toxic liquid. Each team has unique motivations and thrives on the thrill of the hunt, but they all share the same goal: saving the lives of others.

Given that premise, Venom Hunters looks to be a treasure hunter show rather like Discovery’s own Treasure Quest: Snake Island (which, coincidentally, featured the golden lancehead viper, allegedly the most poisonous snake in the world) and History’s Curse of Oak Island. At the same time, the fight-to-survive element calls to mind shows more like Dual Survival or Naked and Afraid. And, considering that Venom Hunters will do its dirty work in locations as varied as the plains of Oklahoma, the deserts of Arizona, and the Australian outback, it seems a safe bet that viewers will get to see plenty of action. 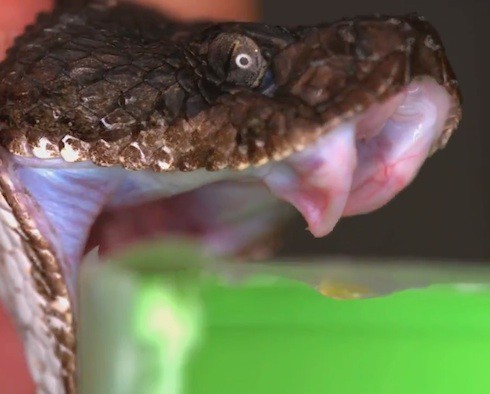 How about those four teams of venom hunters on Venom Hunters? Here’s a brief bio of the groupings; you can click the link embedded in the cast members’ names to get more information on each:

Tim Fitzer (53), Kevin Baker (52), and Hannah Lockhart (27): Tim Fitzer from Tulsa, OK is a Native American taxidermist, snake hunter and all-around outdoorsman. He has been bitten by venomous snakes five times and works alongside his close friend and teammate of 35 years Kevin Baker and tough newcomer Hannah Lockhart.

Ed Chapman (76) and Justin Bottrell (34): Ed Chapman from Miami, FL is a legend within the venom collection and research community. Top labs and medical researchers from all over the world seek out Ed’s high-quality snakes, so in order to keep up with the increasing demand, he has brought on an apprentice, Justin Bottrell. Together, this duo has traveled all over America, keeping clients’ shelves stocked and Ed’s business booming.

Dan Massey (45) and Melanie Massey (43): Husband and wife team Dan and Melanie Massey from Sahuarita, AZ are inspired by their love of science, research and animal conservation. Although Dan is a bilateral amputee, he sees his prosthetic legs as an advantage, so not even injury will slow down the team.

Brian Barczyk (45) and Chewy (47): Brian Barczyk from Shelby Township, MI has over 25 years of experience breeding and working with over 30,000 snakes and also owns one of the largest reptile collections in the world. His teammate Chewy is an expert in handling non-venomous snakes, so he has a lot to learn from Brian.

(Just a quick aside: Tim Fitzer is the name of the wild-looking man with the fantastic mustache in the photo at the top of this article and again in the photo below; if the preview trailer below is any indication, he’s destined to become the Venom Hunters fan favorite.) 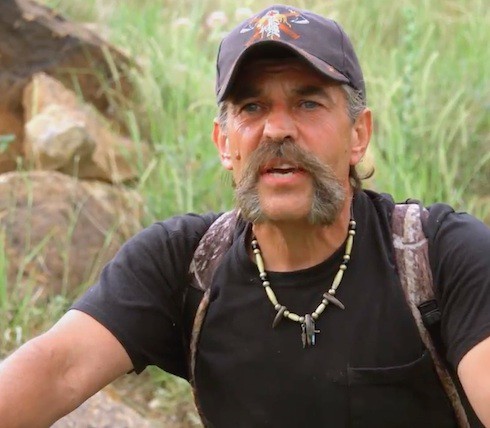 And here’s the official Venom Hunters trailer, which sets the “How much is snake venom worth” question in motion. The trailer begins with a matter-of-fact disclaimer about snake and venom hunting as a professional activity: “The following activities are performed by licensed professionals. Do not attempt anything you are about to see. Without a special permit, you could be arrested. Without proper training…you could die.”

Things only get more serious from there:

So: after all that, how much is snake venom worth? And how lucrative is the snake venom market? As is often the case with somewhat open-ended questions, there’s a lot of information to be found from a simple Google search, much of it unattributed and questionable. One popular site alleges that a liter of snake venom–which is easily hundreds of snakes’ worth of venom, given the small amounts each snake secretes in the trailer–is worth almost a quarter million dollars on the black market. That might be true, but, given the lack of specificity (Which sort of venom? Venom from which snake? In which country? For what purpose?), it’s best to look elsewhere.

By contrast, professional snake venom sellers Venom SA offer a detailed list of snake venom costs, which helps cast the “How much is snake venom worth” question in a clearer light. A gram of puff adder venom is the cheapest on that list, at $202, due in part to the fact that the puff adder is a common snake. At the other end of the spectrum, a gram from the Boomslang, a highly venomous tree snake of sub-Saharan Africa, will run you $4800.

(How much venom snakes secrete with each bite? A FAQ from the University of Florida Department of Wildlife Ecology and Conservation reports that the amount depends on the size of the snake, and can range from one to 850 milligrams.) 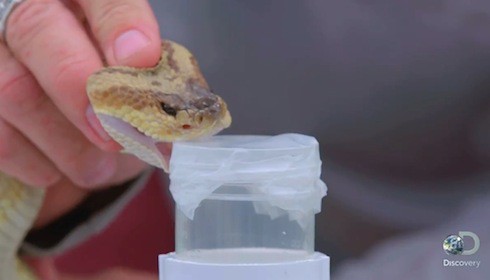 A recent Smithsonian article further clarifies the “How much is snake venom worth” question, pointing out that the real factor driving up cost is the antivenom that snake venom is used to create. It seems the process of making antivenom is straightforward: researchers inject snake venom into sheep, harvest the antibodies the sheep produces, and use those antibodies to create the cure. That process accounts for .1% of the total cost of production, whereas “fees and costs for licensing, regulation[,] and hospital profits amounted to 27.7 percent of the overall cost,” and a whopping 70.1 percent “was due to hospital markups used in negotiations with insurance companies.”

In other words, venom hunters know that what they’re putting their lives on the line for is going to be extremely valuable: the same Smithsonian article points out that hospitals commonly pay four figures for a single vial of antivenom. Nor is antivenom is the only medicine that snake venom can be used to make. The hemotoxins in a snake’s venom help create blood disorder and blood pressure medication, and has been used to treat heart attack victims for years. Doctors have developed drugs for Alzheimer’s and Parkinson’s from the neurotoxins in venom. A National Geographic article entitled “Venom: The Bite That Heals” describes even more benefits:

Venom works fast and is highly specific. Its active components—those peptides and proteins, working as toxins and enzymes—target particular molecules, fitting into them like keys into locks. Most medicines work the same way, fitting into and controlling molecular locks to thwart ill effects. It’s a challenge to find the toxin that hits only a certain target, but already top medicines for heart disease and diabetes have been derived from venom. New treatments for autoimmune diseases, cancer, and pain could be available within a decade. 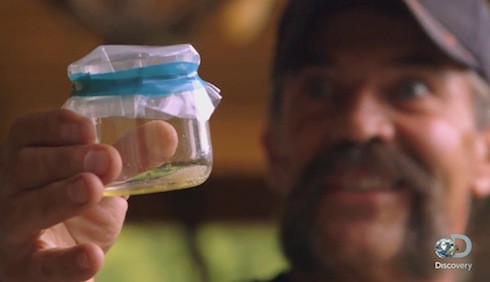 Thus, the question “How much is snake venom worth” isn’t one of just money. With so much potentially life-saving medical research at stake, it’s no wonder that Venom Hunters looks like it’s setting up a series-long conflict between personal profit and collective gain.

We’ll be able to see for ourselves very soon. Beginning February 17th, Venom Hunters will air Wednesdays at 10 PM EST on Discovery.

(Photo credits: How much is snake venom worth via Discovery)

Does Ceaser own Black Ink Chicago? The relationship between Black Ink NYC and 9Mag, explained