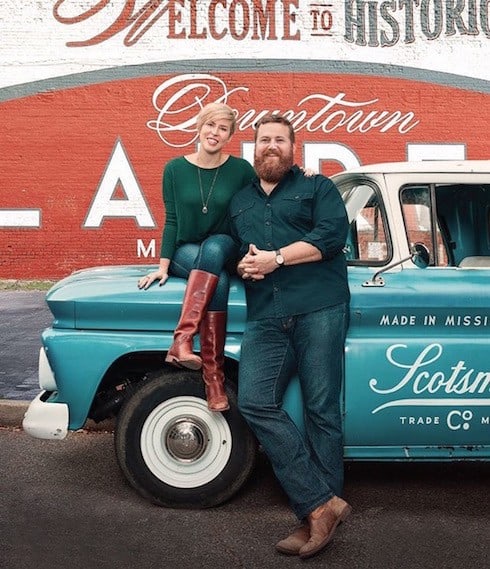 Home Town, HGTV’s newest impeccable-yet-approachable renovation hit, had a very long gestation. As we described in our first feature on the show, an HGTV producer contacted Erin and Ben Napier back in 2014, after seeing a magazine profile of their beautifully restored 1925 Craftsman-style home. The pair shot a sizzle reel: a short montage of introductory footage, intended to give network execs an idea of what potential talent is like in front of the camera. It was well reviewed, so the pair took two months in the summer of 2015 to film the original Home Town pilot.

Thanks to that long process — along with Erin’s meticulous blogging — fans of the show have an unusually clear picture of how Home Town is actually made. And, because theirs isn’t markedly different from other home improvement shows of note, the Home Town process also serves as a window into how HGTV’s shows get made. (Think of it as the sawdust in the sausage, except that it’s supposed to be there. Then, don’t think too hard about that metaphor 🙂 )

For starters, we should make clear for fans who might not know that HGTV doesn’t actually produce the shows it airs. Home Town‘s production company is Canada’s own RTR Media. And it’s also worth pointing out that RTR producer Lindsey Weidhorn, who originally contacted Erin and Ben, worked on the first two seasons of Fixer Upper.

To film the Home Town pilot, an RTR crew, plus several HGTV employees, set up shop in Laurel for the duration, meaning that the town’s economy got a little boost before a single episode had been shot, let alone aired. According to Erin, 12 different people worked on the shoot, not counting herself, or Ben, or the couple involved, or the other good citizens of Laurel whose talents were on display.

If no workbenches in the garage, make do.

Chronologically, the real estate options are always shot in a single day: what Erin calls “the HARDEST DAY.” In her blog post, she added “Remember that, next time you watch a home renovation show. When they’re looking at houses to choose from, they are EXHAUSTED PEOPLE.” On a lighter note, all of the watercolors that Erin presents on the show are likewise painted in a single day (and it’s presumably a much easier one).

And demo day is the easiest of all: “We found the perfect house,” Erin says, “and then knocked down some walls.”

One element of production that takes place every day is the little asides where Erin and Ben commenting directly to the camera. These are called OTFs–or on-the-fly interviews–and it sounds like the crew shoots one whenever there’s a technical detail to be explained, a silly observation to be had, or a dull moment: they take place on the regular. And, as Erin informed Hooked on Houses in a post-pilot interview, a lot of credit goes to the show’s producers for knowing exactly how to draw out something worth saying.

“There is nothing scripted about shows like ours and Fixer Upper,” she said, almost as if intending to head off the “Is Home Town a fake show?” questions right at the pass. “They asked us questions and we answered ‘em on the spot. We were very lucky to have such smart producers who know the right way to ask a question to get a halfway interesting response.”

Good morning to you 600 new folks who just joined us yesterday thanks to all the exciting news about #HGTVHomeTown (and good morning to all you regulars, too ?)! If you're not sure who the heck we are, you can scroll back a few posts to a picture of us sitting on the tailgate of my Jeep and that'll get you up to speed. In other news, thanks to the wise counsel of Teddy Roosevelt and smart friends, I broke up with Facebook yesterday. If you've been thinking you're over it too, you can read yesterday's journal at the link in my profile. I'm excited you're here, y'all. It's gonna be weird. And fun. I hope!

Finally, here’s a bit of trivia about the production:

-A crew member with a paper towel is always around for sweat duty.
-No one appearing on camera is allowed to wear white: the color “makes you look washed out,” Erin explains, and the hidden microphone is visible through the fabric. (So, if you’re ever wondering why these two Mississippians don’t have the common sense to wear white during a southern summer: they do! It’s just off limits.)
-Erin is thirteen inches shorter than Ben, and has to stand on a small crate (called a “half-apple”) so they’ll both be visible for their on-the-fly interviews together. (“There’s a formula for who stands on which side,” Erin told Hooked on Houses, “and you never deviate from it.”)
-It took Ben eight weeks to craft the three pieces of furniture in the very first Home Town episode.
-Similarly, it takes approximately eight weeks to perform and film one renovation–but, once the show was picked up for a full season, the Napiers had to work on several homes at once.