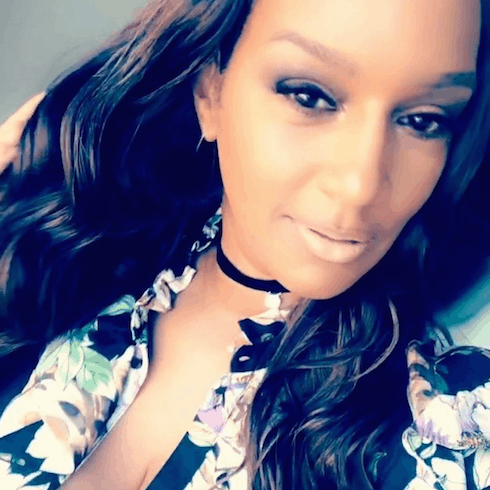 The relationship between Basketball Wives LA star Jackie Christie and daughter Takari Lee has always been a rough one, and Takari’s forthcoming memoir doesn’t look like it will improve things. Takari has gotten to air some of her grievances toward her mother on previous seasons of BBWLA–most notably when Jackie and Doug’s daughter Chantel has been featured. But things between Takari and Jackie reached perhaps their lowest-ever point last autumn, after Takari’s daughter was badly burned and Jackie refused to contribute to a GoFundMe page set up to help cover medical expenses.

Now–possibly to finish paying off any remaining medical bills–Takari has announced a forthcoming memoir. Entitled Lights To A Shadow: The Takari Lee Christie Story, the book looks to explain what it was like to grow up as a second-favorite child to a famous mother. Takari hasn’t yet announced a publisher, but she does have her own management company, so it looks like Takari will be using that company to handle her own publicity when the book is released. And, based on the early excerpts she’s released to her own Instagram page, Takari will likely have her hands full.

The first excerpt details how Takari felt upon discovering that Chantel, who was just about to turn two years old, had everything that Takari ever wanted–and more:

The second describes the strict exercise regimen that Takari says Jackie kept her on because she “[didn’t] look like Chantel.” One particular memory, from when Takari was “9 or 10 years old,” involved Jackie catching Takari eating a fruit roll-up and forcing the girl to “run six miles on the treadmill” and do “500 sit-ups” before allowing her to go to sleep: 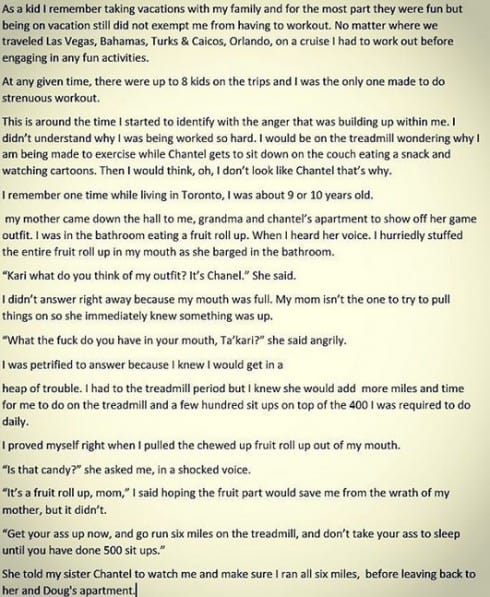 The third and final excerpt (so far) describes a bizarre miscommunication between Takari’s grandmother and Jackie, a misinterpreted kidnapping attempt, and the California Highway Patrol. It seems Takari only wanted she and her grandmother “to be free together, again…even if it was at the end of her life,” but her decision to flee Jackie’s house while Jackie was off filming appears to have been met with ridicule and anger: 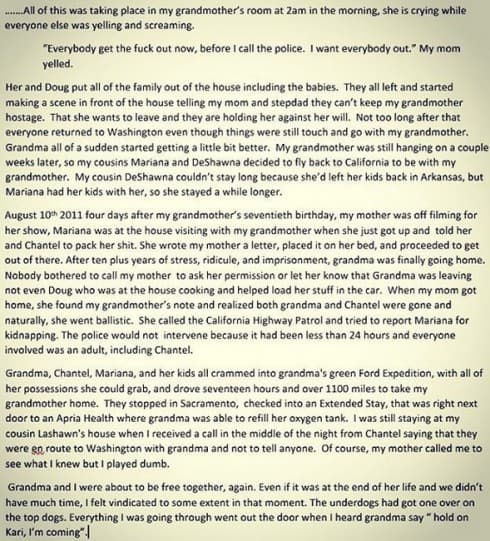 Lights to a Shadow doesn’t yet have a release date. Given that Basketball Wives LA Season 6 drops on April 17th, though, it seems reasonable to expect that the book will be available soon.