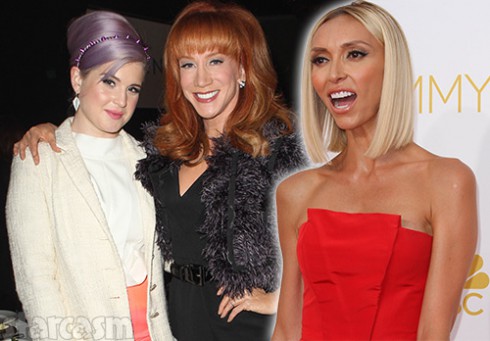 It’s been more than six weeks since Giuliana Rancic’s comments about Zendaya’s hair caused discord with her Fashion Police co-hosts Kelly Osbourne and Kathy Griffin. The latter two ultimately left the show within a month of the controversy, but it sounds like Giuliana still feels burned.

“I haven’t talked to [Kelly or Kathy] since the incident,” Giuliana told HuffPost Live on Tuesday. “There’s nothing good that can come of trying to speak for them, [or guess] what they meant by their comments.”

Giuliana suggested drama with her co-stars stretched farther back than her February comments.

“When Fashion Police came back on after Joan [River]’s death, it was the exact same format that they had created for Joan, but it couldn’t succeed,” Giuliana said, explaining it took a toll on the cast. “She was so unique in the way she delivered comedy — the format was built around her.”

On Today this week, Giuliana said “we’ll see” whether she will return to Fashion Police when new episodes are slated to premiere in September.

BEFORE & AFTER Did Giuliana Rancic get a facelift?