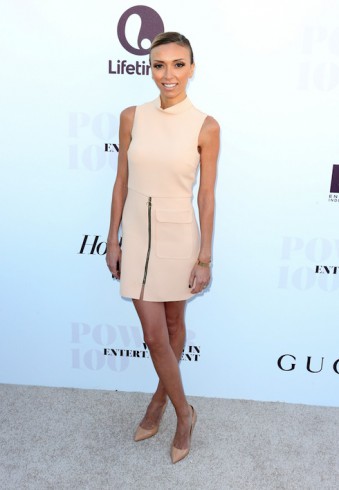 Fashion Police will indeed be coming back to E!, and just in time for the start of the long, swanky awards season. Co-host Giuliana Rancic confirmed as much in a recent interview with Access Hollywood, in which the controversy-plagued presenter said all the drama surrounding the show only proves its viability.

“I think more than ever [the show] is definitely coming back, because (all the controversy) shows that a lot of people were watching the show and enjoyed the show,” she told AH.

Fashion Police has seen more than its share of trouble over the past year. Former host Joan Rivers died unexpectedly last September, after which Kathy Griffin was added to the cast. But Griffin didn’t care for the job and exited after filming only seven episodes. And former panelist Kelly Osbourne left this winter, following Rancic’s comment that Zendaya’s dreadlocks “smelled like patchouli oil and weed.”

Some found the remark racially insensitive; others had a hard time keeping track of all the trouble swirling about the show. So producers stuck it on a hiatus that, apparently, is coming to a close.

Rancic said she has not spoken to Zendaya since the comment, but that she has received death threats because of it.

So–now that the race to be a Fashion Police anchor is underway, who do you want to see step up and take a seat at the table?