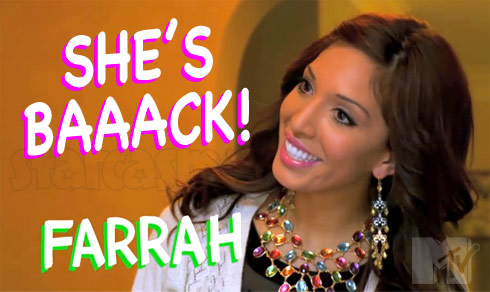 Next Monday MTV officially drops the F-Bomb on the Teen Mom OG cast and viewers with the “surprise” return of Farrah Abraham. As you might imagine, Farrah’s first time in front of the MTV cameras again did not go well, and thanks to a lack of a fourth wall and an extended preview clip posted by the network, you can see just how not well it went.

And just in case you can’t watch the video for whatever reason, here’s a recap with mostly just transcribed dialogue:

Teen Mom OG producer (and unsung hero) Heather and her crew make a game plan outside, then Heather rings the doorbell. Farrah answers and smiles, and the crew follows her into her bedroom.

FARRAH: It feels like I was dropped a year ago. THENNNN, apparently now I’m not so crazy, and it’s OK that I’m back on TV. I’m just over being judged and I guess I don’t want to talk about that. 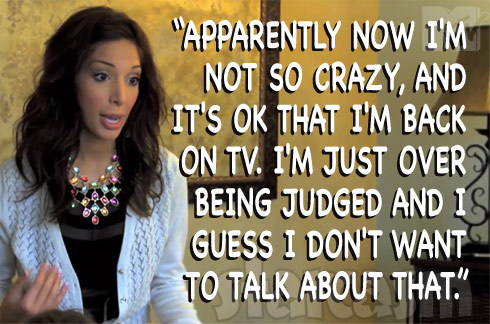 HEATHER: Then you know what? You produce this! What do you want me to do?

FARRAH: No, I don’t get paid to produce.

HEATHER: OK. So however you want to handle this and explain to everybody that you’re doing the show, you do it. Does that work?

FARRAH: I think my pizza’s going off.

At this point Heather walks into the kitchen and sees Farrah’s mother Debra Danielsen. Debra and Heather have a seemingly pleasant catch-up conversation, but Farrah is having none of it.

FARRAH: I really just don’t even like that you’re having a fake, wannabe happy conversation.

DEBRA: I’m not being fake.

FARRAH: Sorry you’re walking in and I’m upset. It’s going to be f***ing real annoying up in here.

HEATHER: How do you feel being back? Are you excited to film, or no?

FARRAH: I don’t care if you guys are here or not. 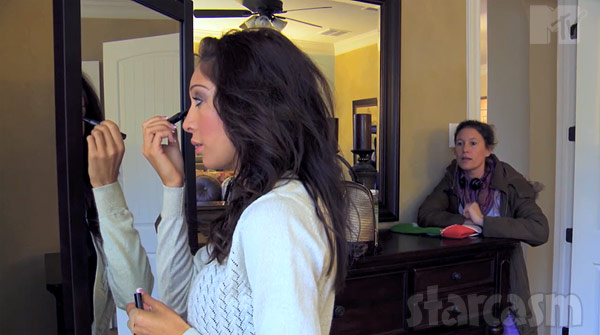 SOPHIA: I don’t know why are you being so angry today?

HEATHER: Do you want us to leave?

FARRAH: Yeah, why don’t you go take a break?

Heather brings in Larry, the co-executive producer, explaining that Farrah is upset and likely to shut down production. “She’s not going to yell at me,” says Larry as they both make their way back into the house. “She can’t yell at me.”

LARRY: So what’s up? Farrah, are you having an issue with your entry to the show?

FARRAH: I mean, like, why are we worried about an entry? Why don’t we just, like, be real about that?

LARRY: I’m all about being real, but at the same time we have to be mindful of how we introduce you. How do we get started? How does one day your fans all of a sudden see you when they tune in to the show? How does that start?

FARRAH: Whatever. We all agree on the same thing. It’s weird that I wasn’t a part of it, now I’m a part of it. The end. Alright?

LARRY: I think that if I was all of a sudden left out of a project that I was a part of that a feeling of rejection —

FARRAH: Whatever. I already went to counseling for it, I’m not going to talk about it any more. I just think that — whatever.

LARRY: Everybody else that’s kind of been part of — you know, puts together the show, we all, we felt there was something missing. It just didn’t feel right not having you.

FARRAH: [Seems to get a little emotional] You guys just like make me more f***ing mad.

This is going ot be a WILD ride! Be sure to tune in to Teen Mom OG Monday night at 10/9c on MTV to see Farrah’s full return as well as her cast mates’ reactions.