I thought it was bad when KISS first went public without makeup back in the day but I just threw up in my rock-n-roll mouth a little bit after seeing bassist Gene Simmons’ backside as he mooned Bel Air in broad daylight.

Gene Simmons and reported fiancé Shannon Tweed were asked by some paparazzi to show them the engagement ring from their infamous proposal episode of Gene Simmons Family Jewels. There was no ring but (and I mean butt) Gene did proceed to drop trou and moon the photographers stating he would show them his “piece” instead.

In a report from People the proposal scene happened several months ago and the road has been rocky for the famous couple ever since. The two have been together for over 28-years and have described themselves as “happily unmarried.” Since the proposal from Simmons Tweed moved out of their home and stated, “You’re seeing this happy family but in my heart, I am dying.”

Well she’s dying and hanging with Gene and his fanny in Bel Air. Is the couple manufacturing drama to promote their show? Probably. Here’s a shot of Tweed who is the unquestioned queen of mainstream erotica and arguably has some of the most viewed breasts in history. Alas, there’s no bare-breasts here and there’s also no ring: 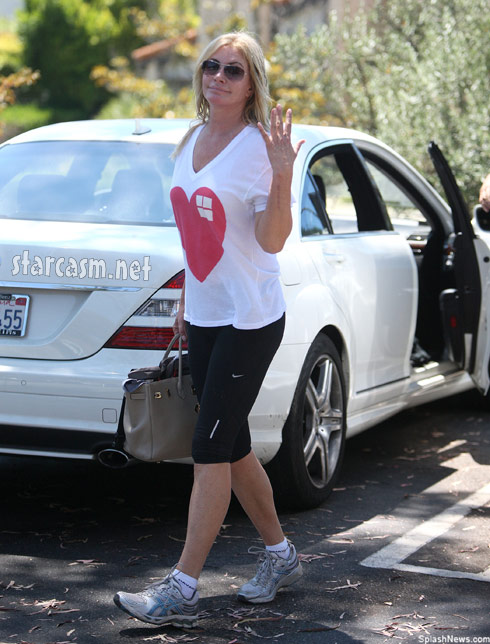 I almost feel like I should apologize for the Simmons shot but it’s like that old, “this is awful here taste it” phenomenon. On that note you can click on the top image for all of Gene if you just have to do it. At least know were not alone as “The Demon” has claimed to have made sweet KISS love to well over 4,000 women. Lick that up.

Is Lorde dating an older man?