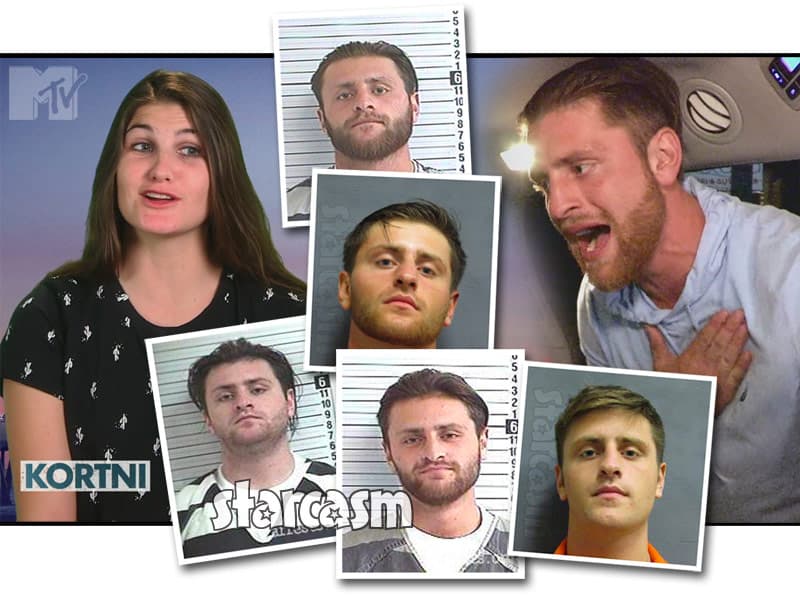 As we were the first to report, Floribama Shore star Kortni Gilson was forced to take out a protective order against her ex Logan Fairbanks back in April after he refused to leave her and her co-stars alone after their break up. The protective order filing was not much of a deterrent for Logan as he was charged with violating a protective order on May 18.

Since our previous post, more disturbing details have emerged about Logan’s obsession with Kortni, including multiple incidents before and after the May 18 violation charge. The allegations include multiple instances of Logan threatening to kill people, and one instance of show security patting him down and finding a knife in his pocket.

Here is Kortni’s account of what happened on the night of April 20, 2018, when Logan reportedly showed up with a knife at a bar where the cast was filming with a knife:

Me and my ex boyfriend Logan Fairbanks broke up on April first when he ran into my house uninvited following occurences of him showing up where I am at out and about. Not having a clue how he figured out where I was, last night on 4/20/18 Logan was at No Name Lounge shoving my roommates when he has threatened to “slice me and my friends open” on numerous occasions. Not only production, my cast members, friends and family have been threatened.

Logan also told several people he was going to kill himself if I were not to be with him, and that my friends have limited time to stay alive if they don’t have me contact him by a certain time, saying he would kill them.

I do not feel safe. I do not feel like I can go anywhere without him showing up. Logan has told my mom I call him all the time when I have not spoken to him since the 1st of April.

Production found a knife during a pat down last night 4/20/18 at No Name Lounge in Logan’s pocket. Therefore, I feel the need to have a no contact order/restraining order. Not only is Logan a threat to me and others, he is to himself. He is not in an OK state of mind. I want him to get the help he needs, but I do not want him anywhere near me for my safety.

I’m currently on the show Floribama Shore which gives me a certain level of protection while filming. Filming ends in 3 weeks and I fear when I’m by myself I will not be safe.

Here’s a clip from Floribama Shore after one of the times Logan showed up at a bar where the cast was filming:

Police also took a statement from Kortni’s mother. Here is what she had to say at the time, in part:

My daughter Kortni Gilson was dating Logan Fairbanks for approximately two weeks when she started the second season on Floribama Shore. On 4/1/18 Logan texted me that he broke up with Kortni and he wanted me to know about it. Ever since he has been calling me, threatening me, cussing me and saying I need to tell Kortni she needs to go out with him again. I told him I wouldn’t, that it was over and she would never be with him again. This is when he told me he would kill me if I didn’t, that I was a stupid f***ing b*tch, and that she was going to get hers.

At some point, Logan was involuntarily committed to a behavioral health center under Florida’s Baker Act. A police officer visited the facility on May 1 to do a welfare check. “Staff stated Logan is manic, which was reflected from his actions as he was dancing around, not able to stand still and couldn’t stop talking for long,” the officer stated in a supplemental narrative. “I told Logan that I would like to speak with him about an incident at the No Name lounge when he is released and able to communicate more clearly. I left my card and contact information with the nurses. Logan stated he had video on his phone he wanted to show me but he did not have access to his phone in the medical center. Logan stated he would contact me when he is released.”

Logan would eventually be released from the behavioral health center, but he continued to harass Kortni, her friends, and her family — including one incident in June when he was reportedly outside of Kortni’s mother’s house while texting her. His antics resulted in additional charges of misdemeanor protective order violation and a felony count of aggravated stalking. 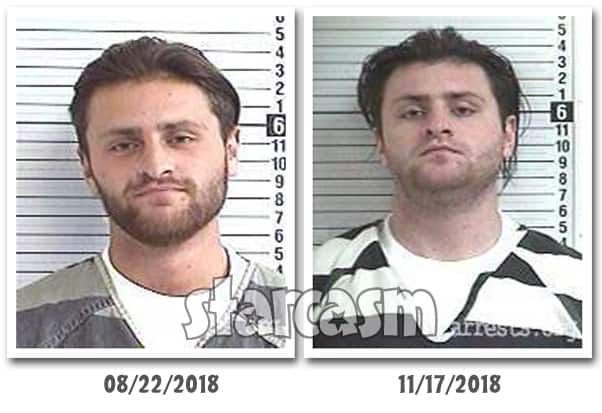 Here is the summary of those incidents from the police report:

Throughout the courses of June 10, 2018 to July 13, 2018 the defendant has been directly and indirectly contacting the victim, Kortni Gilson, which violates the non expiring domestic violence stalking injunction set in effect on May 3, 2018 (see Bay County Clerk of Court case number 18000253DV ).

On June 10, 2018 Kortni’s mother, ****** Gilson, received text messages from Logan at approximately 2219 hours stating “Sleeping outside everything i had got stolen from me”, “Thanks for that i still love her tho it’s my fault”, “I’m otw to Alabama so you don’t have to worry about what ever it is y’all think i was gonna do anymore”. A sworn statement was provided by Sharon stating when the messages were sent the dogs were barking continuously as though someone was in the yard.

On June 12, 2018 messaging the victim, Kortni Gilson, stating “I still love you it’s never gonna change”, “bye for now baby momma”. When Kortni inquired who was writing the messages a reply stated “you know who this is”. The messages were coming from a pinger phone number, however, Kortni advised she believes it is Logan because he is the only person who would write her like this.

On June 13, 2018 Logan was tagging Kortni in messages on twitter which causes her to have to view his post. The post he was tagging her states the following, “going to sleep tonight thinking of you baby girl… everything is weighing on my heart now… I pray you’re living it up in paradise”. the post also has a picture of Kortni. Another post of Logan tagged Kortni in stated “hey that’s why I love you” and had a picture of Courtney on a late night talk show.

On June 13, 2018 Logan tagged Kortni in another post stated “You want me to send you our song’. Kortni advised that the song in the tag was a song they used to share when they were in a relationship. Only Logan and her knew what the song was.

Furthermore, on the same date Logan was tagging Kortni in these post, he was posting live feeds on him in Miami and even mentions Kortni’s name in one of the live feeds.

#MTVFloribamaShore If you're hoping that Kortni and Logan are going to stay together, we have some bad news: Their relationship goes south. Way south. Like, "protective order has been filed" south: https://t.co/sFC2AgdQ0m

It is also to be noted that Logan is currently out on bond in reference to a prior violation of domestic violence stalking injunction (see Bay County Clerk of Court case number 18003165MMMO).

An issuance for a warrant was obtained on July 16, 2018 for Violation of the Domestic Violence Stalking Injunction. Logan posted publicly on social media websites that he knew he missed his court dates and he had warrants for his arrest.

On August 8, 2018 Logan then continued to reach out to Kortni through social media by tagging her in post and even privately messaged her stating “Please don’t call the cops on me I don’t want to go back they beat me up in jail and I’m not psycho either you know what I was going through with my dad he still doesn’t love me I enrolled in college today”, “F**k why did i just do that im sorry”, “have a great life”, “I still think about you”, “call em ill turn myself in and do my year”, “now i feel like i can breath again”, “i love you”. Logan then continues messaging Kortni the following date stating “7862109396”, “you can call me anytime please just don’t call the cops”, “im drunk asf”, “and barred out i wont contact yoy again”.

From June 6, 2018 until current date Logan has continuously made videos, songs, and posted numerous messages to about the victim, Kortni Gilson. Logan has also reached out to her roommates and threatened to fight them over her. On August 16, 2018 (today) Logan posted on social media degrading Kortni and tagging her in the video so she would see the post.

Based on this information I believe and have probable cause to believe the defendant did violate F.S.S 784.048(4)Aggravated Stalking after injunction for Protection. This offense occurred in Bay County, FL

Logan would eventually plead nolo contendere to the felony aggravated stalking charge, and on November 9 he was sentenced to 30 months of probation.

Kortni and the rest of the Floribama Shore cast are currently filming Season 3, but they have changed Gulf Coast locations from Panama City Beach to the Tampa / St. Petersburg area. The move was reportedly due to the aftermath of Hurricane Michael, but I’m sure Kortni was thrilled to put a few miles between her and Logan!