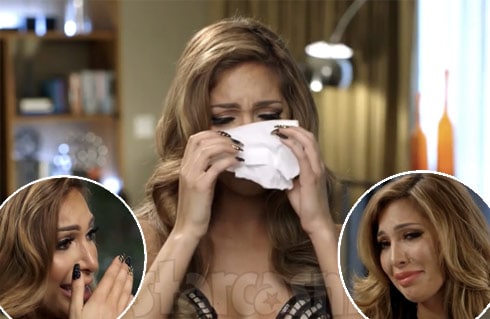 There are currently at least 6 petitions on Change.org, with over 75,000 total signatures, requesting that MTV fire Farrah Abraham from Teen Mom.

The vast majority of signatures, last check was 66,793, are via a petition started on December 31, 2015 by a Taylor C. Here’s the link but a heads up that the image of Farrah used is not appropriate for all ages or audiences – #FireFarrah Abraham From MTV’s Teen Mom OG – NOW!

The posted complaint reads in part:

The purpose of this letter is not to “slutshame” Farrah but to fish our beloved show out of the toilet before it’s too late. We the fans will not accept yet another transparent “intervention check-up hour” with Dr. Drew for Farrah- been there done that. It accomplishes nothing and does not address the real issue: We want her gone. Not all drama is “good drama” and continuing to have Farrah on this show is incredibly inappropriate to the tone as well as the message of this show. The fans are loyal and the other three girls can easily carry the series without compromising MTV’s original commitment to create a show that facilitates community, respect, education and support for young mothers. #FireFarrah Abraham and restore integrity to Teen Mom.