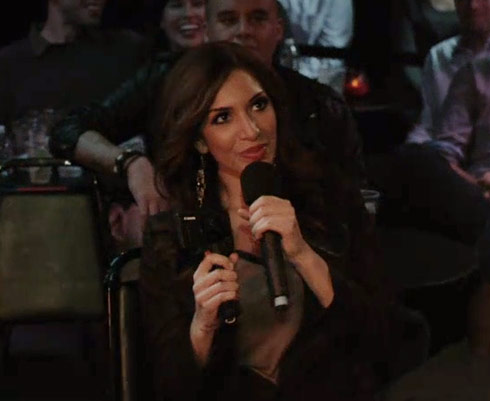 You’ve got to give it to former Teen Mom star Farrah Abraham, girl’s not afraid to try new things when it comes to getting on TV. This time around she’s appearing on Comedy Central’s Comedy Underground with Dave Attell.

Back in December Farrah teased the appearance, including pics of passes to the show, but we weren’t sure at the time if she was actually going to be featured in an episode. Well, now there’s no doubt about it as Attell has shared a clip from this Saturday’s airing in which he has Farrah double as his camera person for the gig.

Check it out – if you’re not familiar with Dave (or Farrah) – there’s some wordy dirds:

Attell asks Farrah what she’s been up to lately and she answered, “I’ve been up to writing a… Erotica trilogy. Books, music and my sex tape.” Dave replied, “Well I’m a huge fan of one of those.”