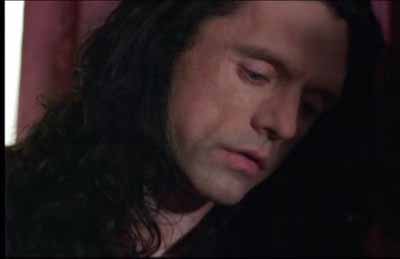 The origins of cult classic The Room‘s director, writer and star Tommy Wiseau was one of the biggest mysteries in pop culture. For someone who desired so deeply to be famous, he was extremely cagey about where he was born and where his seemingly vast amount of wealth came from. Last fall his friend and co-star Greg Sestero unearthed a great deal of information about Mr. Wiseau with the help of journalist Tom Bissell in a rollicking book called The Disaster Artist, and a sleuthing Redditor was able to piece together a little more of the puzzle.

The Room is one of the worst movies ever made, but it’s a masterpiece of sorts. It’s chock full of so much absurdity and ridiculousness that whoever watches it can’t stop laughing. There’s something infectious about The Room, and there is more that is confusing and unbelievable. The most unbelievable thing was that it was even made in the first place. The 2003 film cost Tommy Wiseau $6 million, but even his friend Greg Sestero has no idea who he made so much money. When Greg met Tommy, they were both living in and around San Francisco taking an acting class together. At that time Tommy had a business card for a company called Street Fashions USA which appeared to sell knock-off jeans, imported leather jackets from South Korea and knick-knacks. It’s still unclear if that faux-Levi’s was the initial source of Wiseau’s money.

What has become more clear with the release of Sestero’s book (which was recently optioned by James Franco, Seth Rogen, and Evan Goldberg for what will no doubt be a wonderful documentary,) was the origins of Wiseau himself. He has said in interviews that he was born in Louisiana and spent some time in France as a youth, but while his accent has some French notes, he seems distinctly Eastern European.

Tracking facts in the book, a Redditor tracked down an aunt and uncle he visited in New Orleans named Stanley and Katherine. The Redditor tracked down the obituaries of Stanley and Katherine, and found that their last name was Wieczor, and traced that name and other family members to Poland. In a 2011 Earwolf podcast Steve Heisler from The AV Club says someone who knew Tommy contacted him and said he was from Poland. Sestero’s book claims that Tommy is from the Eastern Bloc, so Poland fits with that.

At some point Tommy reminisced to Greg Sestero about his childhood when he had to share a small apartment with his large family, and even his cousins. This divulgence was a rare time of vulnerability because he worked so hard to keep everything about his background a secret. Greg has said in interviews that she stories he shared in his book were used with Tommy’s permission, and there is more he knows that he did not publish.

Although Wiseau has said in interviews that he was born sometime between 1968 and 1969, Sestero says he has seen Wiseau’s passport, and that the pop culture icon was born sometime in the 50s. According to stories Wiseau told Sestero, he moved to Strasbourg, France as a young adult where he went by the name Pierre and washed dishes for a living. It was during that time in France that he endured one of two life-changing car accidents. He also says he was wrongfully arrested during a drug raid at a hostel and was tortured by the French police. After that, he said an older man took him in, but kept asking him for sexual favors. He worked in a sex shop to save money while he arranged to come to the USA to live with his aunt and uncle in Louisiana.

What does Orange is the New Black mean? The show’s title, explained

Why we drop a ball on New Year’s Eve