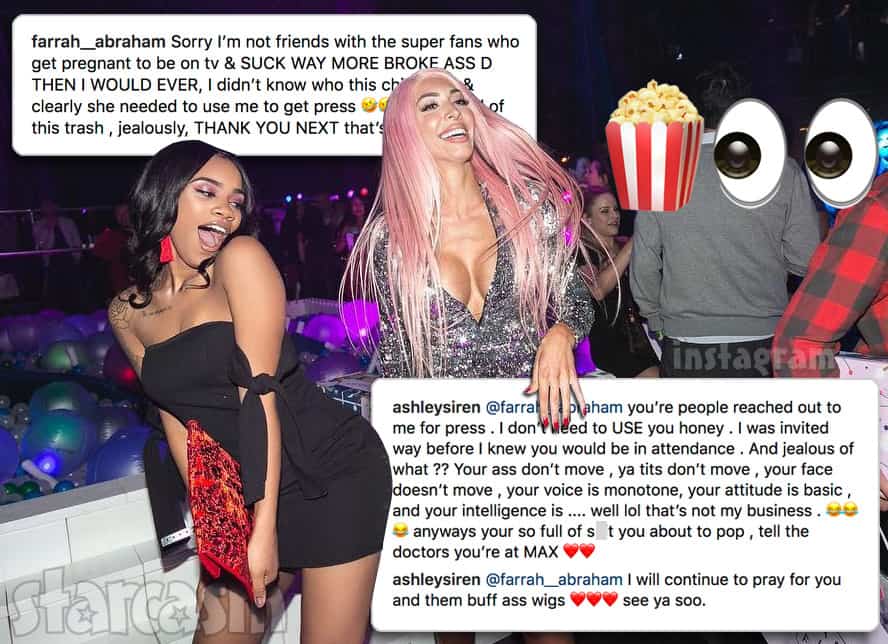 MTV reality stars Farrah Abraham and Ashley Jones are currently on opposite sides of the globe, but these ladies aren’t about to let that get in the way of escalating their social media cat fight currently playing out on Instagram!

In case you missed it, Farrah and Ashley met at the FabFitFun Holiday Party in Los Angeles in December, and the two moms posed for photos and even danced together in a video posted by Ashley on Instagram. But soon after their apparent fun time together, Farrah said some derogatory things about Ashley, and Ashley UNLEASHED on Farrah in a series of tweets.

“No one wants to be you,” Ashley wrote. “The sh*t you paid for GOD gave me. The spot you f**ked for I earned. ?? Not my fault your celebrity is D list and your invited to the same common parties as a first year mom ????.” (Click the link above for a full recap of what Ashley had to say, as well as her previous statements in defense of Farrah before all the drama went down.)

Meanwhile, in the middle of vacationing with her daughter Sophia more than 8,500 miles away in Singapore, Farrah caught wind of Ashley’s comments and she responded to our Instagram post about them by stepping up with some MAJOR shade, including calling Ashley a “super fan!”

“Sorry I’m not friends with the super fans who get pregnant to be on tv & SUCK WAY MORE BROKE ASS D THEN I WOULD EVER,” Farrah wrote. “I didn’t know who this chick was & clearly she needed to use me to get press,” she continued, adding a string of ??? emoji. “So bored of this trash, jealously, THANK YOU NEXT that’s so 2018 bye,” she concluded.

Anyone who has watched Teen Mom: Young and Pregnant knows that Ashley IS NOT one to step back when confronted, and this case was no exception. “@farrah__abraham [your] people reached out to me for press,” Ashley began her response on the same Instagram post. “I don’t need to USE you honey. I was invited way before I knew you would be in attendance.”

And what about Farrah’s claim that Ashley is jealous? “Jealous of what??” Ashley asked. “Your ass don’t move, ya tits don’t move, your face doesn’t move, your voice is monotone, your attitude is basic, and your intelligence is …. well lol that’s not my business. ??? Anyways [you’re] so full of sh*t you about to pop, tell the doctors you’re at MAX ❤️❤️.”

In a separate comment, Ashley returned for a high road sign off. “I will continue to pray for you and them buff ass wigs ❤️❤️❤️ see ya [soon].”

Oh man, Ashley pulled a social media wig snatch! So, will Farrah step up again? Perhaps after this post is up and we share it on Instagram? And will Bar get involved?! Stay tuned! ??

UPDATE – Ashley shared a tweet that I have to assume is related to her dispute with Farrah. “This f**king inflatable bag of blow up d*cks ???,” she wrote without tagging anyone in particular. Farrah does has a line of sex toys, so…. 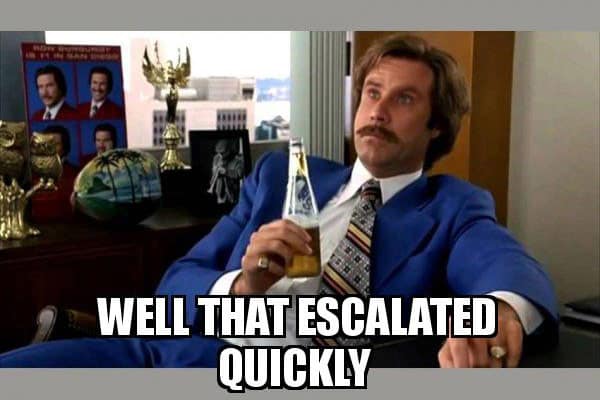 UPDATE – Ashley tweeted the image we made for this post and added what appears to be the Big Bang for this feud!

Here’s the tea ? you went behind my back talking sh*t to a mutual friend . Lied about it when asked . And now your indirect in the comments like a bitch . Typical . pic.twitter.com/Qk8D8nZJqe

And I’m sorry , but did I hear HER PHOTOGRAPHER ask for a picture of us together ? BECAUSE WHO reached out for press ?? ?? right . https://t.co/SNc5MTQXmF

Ashley and Farrah also got into it again on our Instagram after we shared a post about this update: 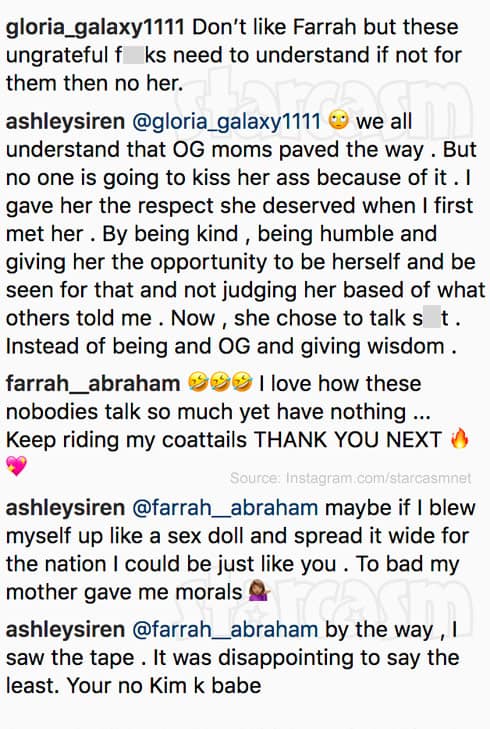 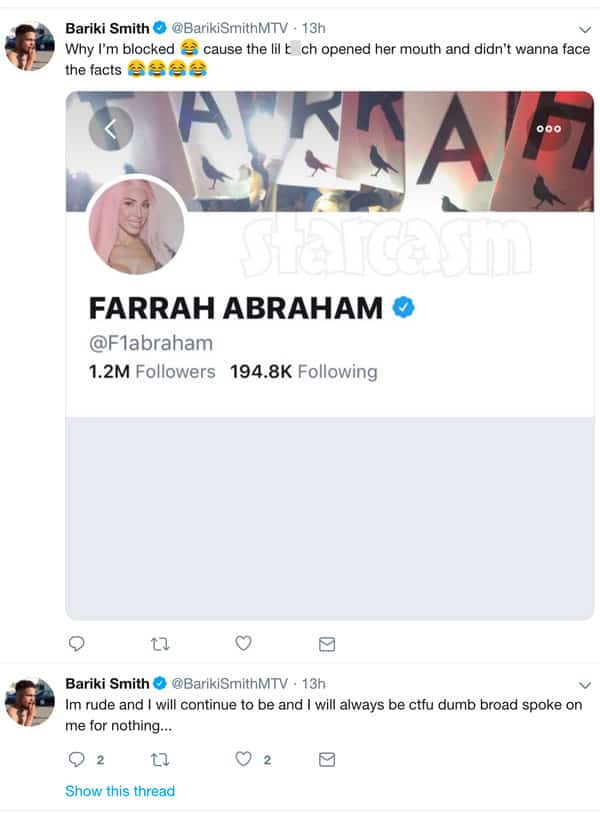 Yeah ??a b*tch cause she gets no respect from me period 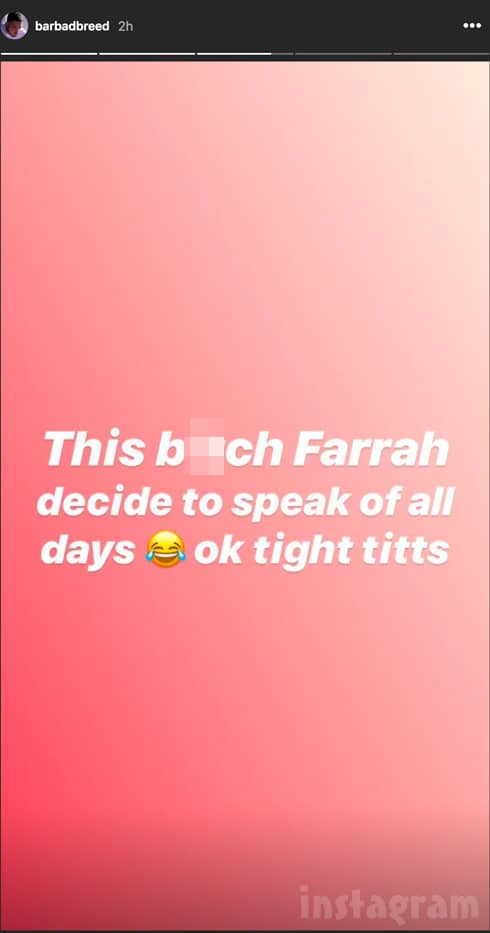 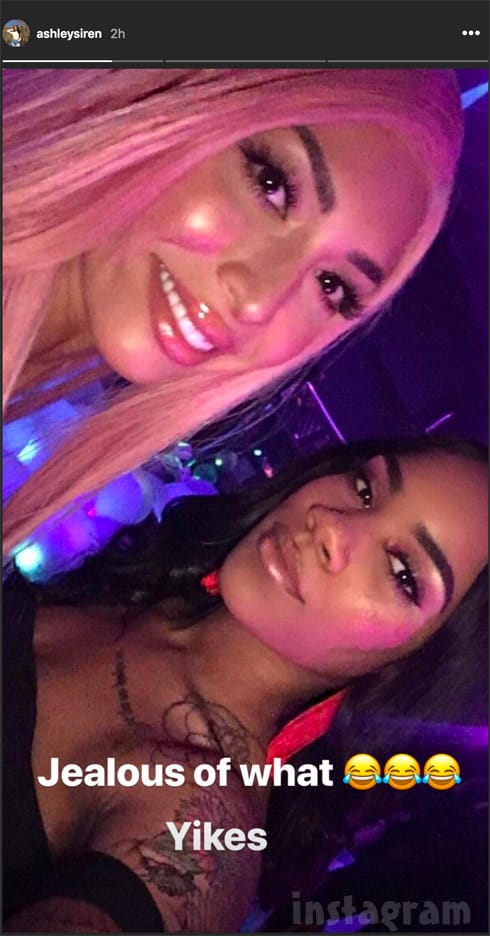 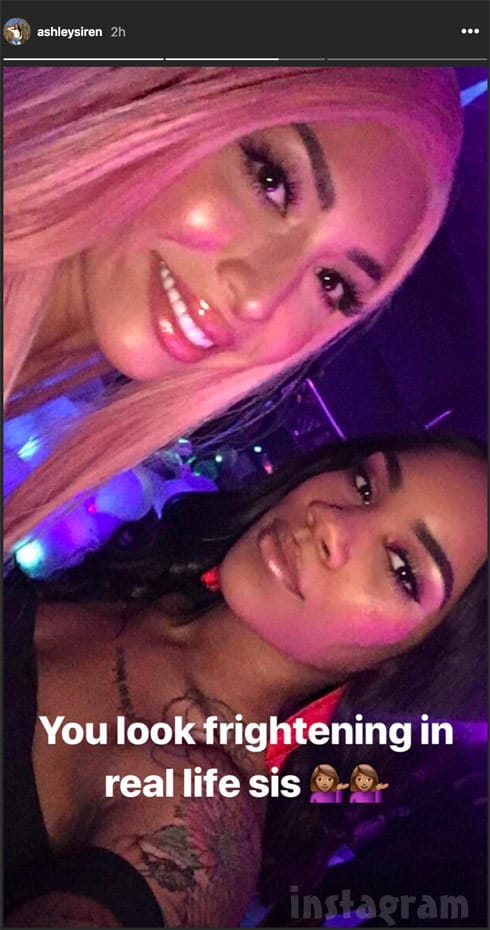 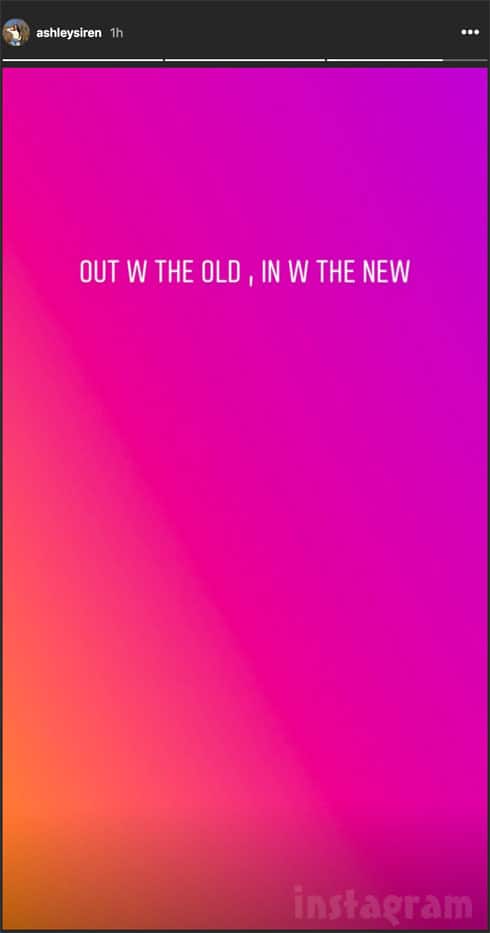 UPDATE – Farrah kept throwing verbal punches while Ashley got some sleep, but Ashley yawned, stretched, and got right back into the ring: 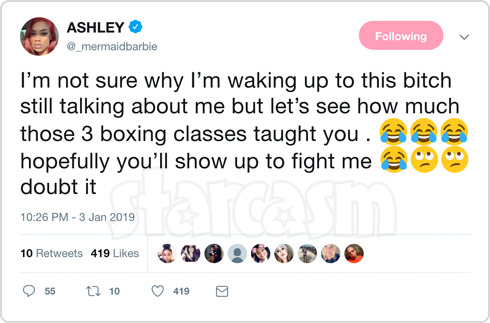