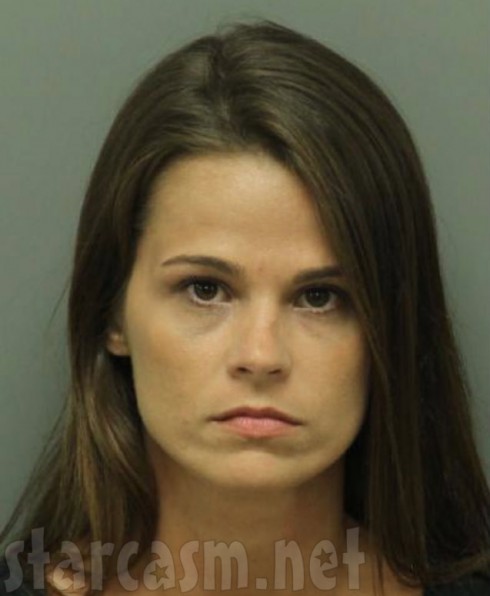 Gypsy Sisters‘ Joann Wells allegedly tried to scam a Target out of $14,700 — but didn’t quite get away with it.

According to TMZ, the 29-year-old mother put her plan in motion last December by befriending two Target cashiers in Cary, North Carolina. The accomplices agreed to run fake bar codes on merchandise, force expired coupons and cash gift cards over the course of 10 days. Joann shared some of her $14,700 profit with the two.

The Cary Police Department issued a warrant for Joann’s arrest last week. She turned herself in on June 26 to face charges for obtaining property under false pretense and felony conspiracy. She was released after posting bail. The two cashiers were also arrested.

UPDATE – Joann has since responded to her arrest and the allegations against her on Facebook:

Hello FACEBOOK I’ve kept quite long enough like I always have said from the start ask me and I will be straight up cause if you can’t accept me for who I am you don’t need to be in my life no way first off let’s start fresh off the press with target & tmz!!! Tmz told what they “heard”not the truth I used legit coupons like half the world WITH half the people talking sh!t ABOUT ME but it’s all good I turned myself in because I don’t got nothing to hide or RUN from to everyone currently using coupons now you might wanna stop just a bit of friendly advice and believe that good ol saying to good to be TRUE I had managers check and accept my coupons not my problem they accepted them I used an app called Shop Kick and target mobile app! Second off I don’t need to be told not to worry about anyone I’m only concerned with MY KIDS AND ME and don’t care what the rest of the world is saying or doing so don’t get all excited thinking someone gives a sh!t about YOU and you know who u are if the shoe fits lace it up and wear it as far as the way I’m living and what I’m doing only God can judge me an if you love me your with me if not it’s simple your against me just cause I set back and I don’t respond does not mean everything you hear is the truth I just choose not to feed into ignorance that is all thanks to everyone that has my back and is there for me through THICK AND THIN! Xoxo love the one and only Joann The Gypsy Princess

Editor’s Note: There have been rumors of the cast members of Gypsy Sisters being involved in some sort of Target coupon scam as far back as February of 2013. There were accusations flying online between Nettie and Mellie, and even a photo of a $50 Target coupon bar code was posted. None of those accusations were ever confirmed, and so far there has been no connection made between Joann Wells and any of the other cast members.

Joann will appear on the upcoming season of Gypsy Sisters along with sisters Mellie and Nettie Stanley. The women’s mother, Lottie Mae Stanley, is a notorious con artist who has been featured on America’s Most Wanted.