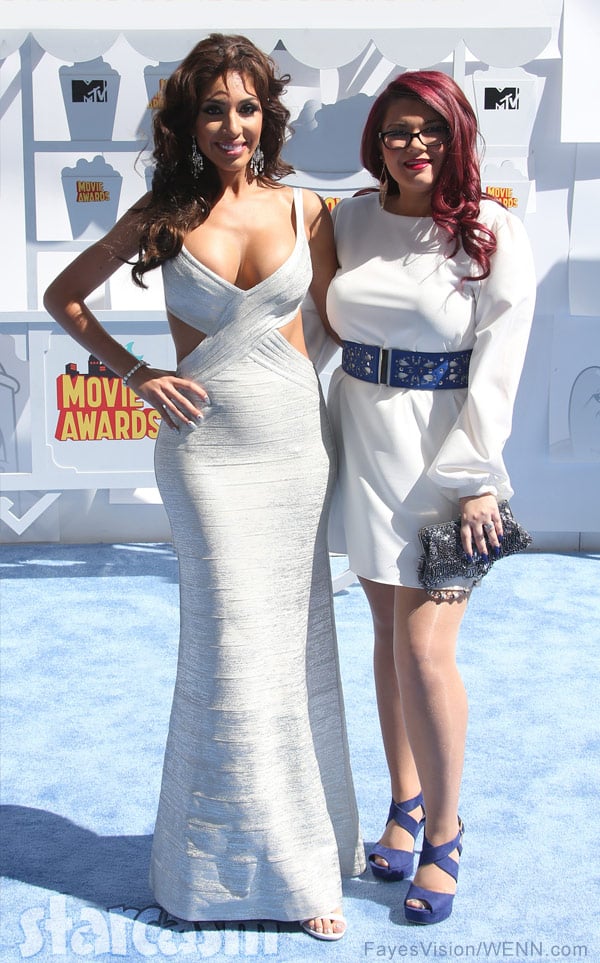 It appears that the on-again, off-again friendship between Teen Mom OG co-stars Amber Portwood and Farrah Abraham is once again in the “off” position as Farrah flexed her social media muscles by tossing Amber’s controversial fiancé Matt Baier under the bus for allegedly owing child support for eight children.

The diss came via Facebook earlier today when Farrah’s verified page shared a link to a story about Matt “lawyering up” to battle the child support allegations. “I hope all these women are rewarded the support they deserve!!” Farrah’s page wrote along with the link. “What a dead beat!!!!” 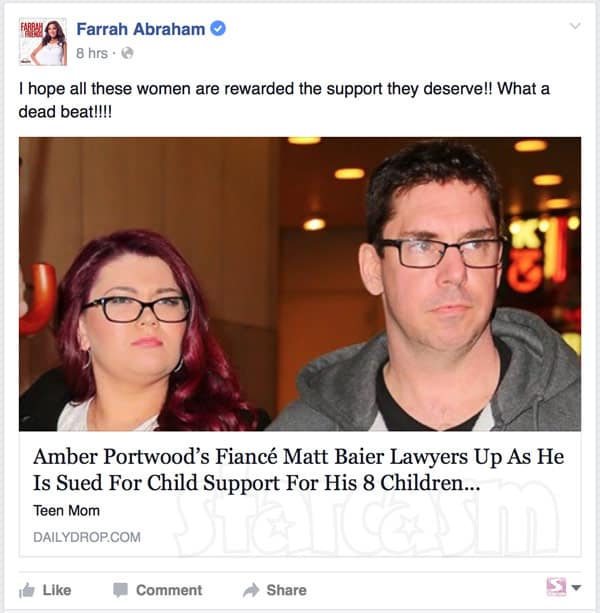 The derogatory comment comes just a few days after the Teen Mom OG Reunion Show with Dr. Drew in which Farrah insisted that she isn’t the one that starts all the drama between her and her cast mates, adding that she has an especially great relationship with Amber.

“I’ve just moved forward, and if people are going to be negative, I don’t even give weight to that,” Farrah told Dr. Drew about the off-screen cast drama. “And I’m happy that Amber and I are — I mean, if there’s any little issue, or bickering, or immaturity, I always see that Amber and I can work past that.”

The apparent contradiction was not lost on Facebook commenters. Here are some samples:

Nice job Farrah!! You just sat on TV saying how you both get along!! Wow what a dead beat you are!!

Really, Farrah? You’ve hit a new low. Why would you parade a Teen Mom costars’ misfortune like this? This is exactly the type of thing Maci, Amber, and Caitlyn were talking about. Stop already.

Where is your loyalty! Such a Bi#ch Farrah! Who needs friends when you have enemies like you!

Farrah, you are meant to be Amber’s friend/co-star. So why are posting crap about her finacè?

I should point out that the Teen Mom OG Reunion was taped months ago, but it was only a few weeks ago that Amber Portwood did Farrah a solid by appearing on her debut Farrah and Friends podcast episode. 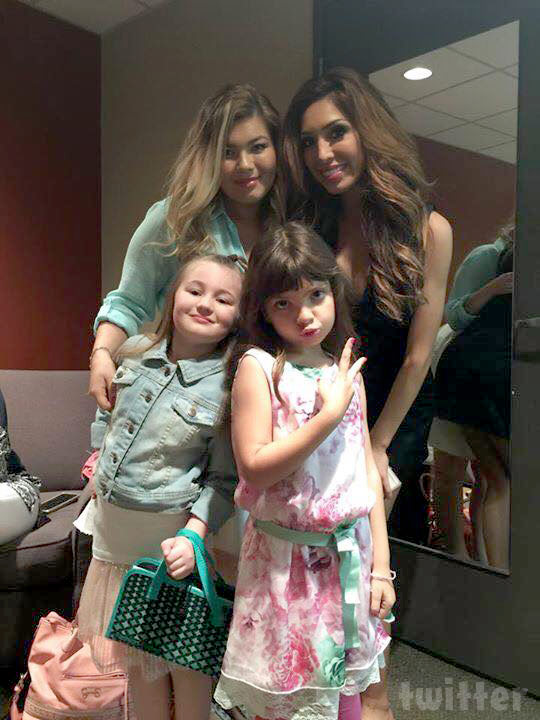 So far Amber has not responded to Farrah calling Matt a “dead beat.” Stay tuned!