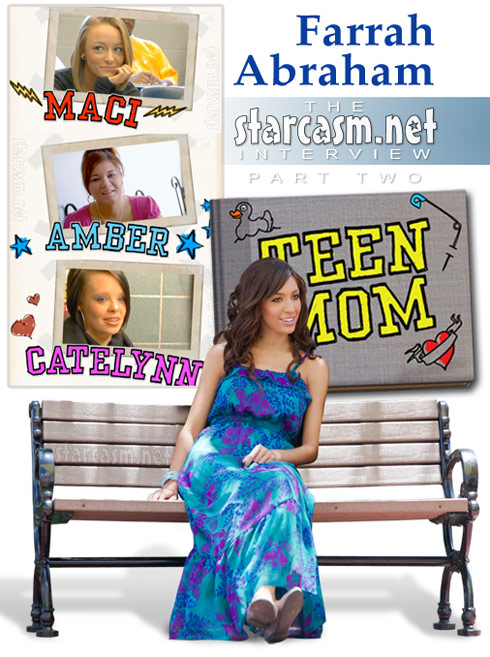 Teen Mom‘s Farrah Abraham admitted during our recent interview that she doesn’t keep up with her former co-stars, Maci Bookout, Amber Portwood and Catelynn Lowell — largely because she’s usually disheartened by what she learns.

“I wish them all the best, but it does make me very sad to still see them make poor choices,” Farrah said.

Speaking specifically about Catelynn and Tyler Baltierra’s planned pregnancy, Farrah said she would never choose to get pregnant before marriage.

“I can’t even tell you if I had to go through all the same struggles again that I had to deal with the first time with Sophia — and I didn’t like that and I knew better — it would really crush me,” Farrah said. “So, I’m very sad to hear that the other Teen Moms don’t take that as serious as they should.” 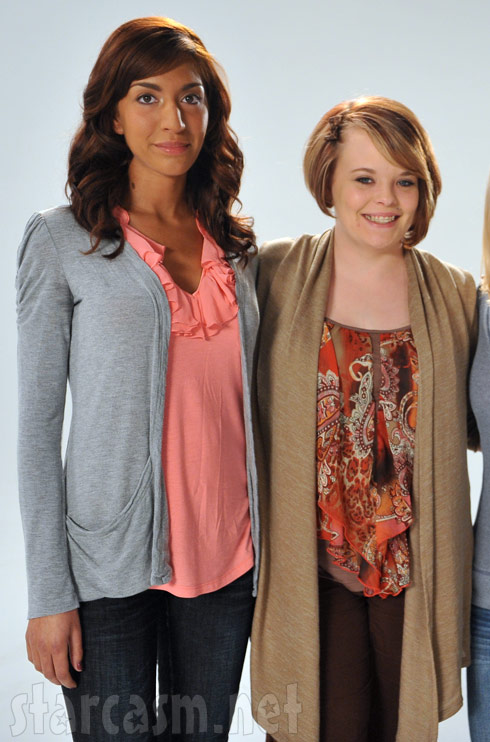 Although Farrah said “to each is their own,” she expressed some concerns about Catelynn and Tyler’s situation.

“If I did want to have a family, I would feel secure in showing my family as much love as possible. I bought my own house, I’m starting my own company, I’m doing other things and really just showing that I’m a stable, reliable, great parent. I take that very seriously every day and it’s no joke,” she said. “So I hope that with others, who are getting to be pregnant with their second child, that they have a home, that they have a stable financial situation and that they have a supportive family.”

As for her own plans for family expansion, Farrah said she’s in no rush.

“I personally know when I get married, and go on trips, and I see the world, and I have the most and the best times with my significant other, and we know it’s the right time to have a child and bring it into this world and take care of it and give it our all… Then, yes, I will have another child,” she commented. “But, I feel that rushing that or having that before marriage, like I did the first time… No.”

Farrah added her experiences as a single mother have shown her what not to do next time.

“I wouldn’t want to act like I’m in denial the second time around of love and the opportunity to have another child,” she said. “I took a personal commitment on my own to better my life, get and right and set it forth in the right way.”

Huh bad choices?!? Hahaha I didn't make a so called "sex tape" but WE make the bad choices? Seriously her comments made my night! #Rofl