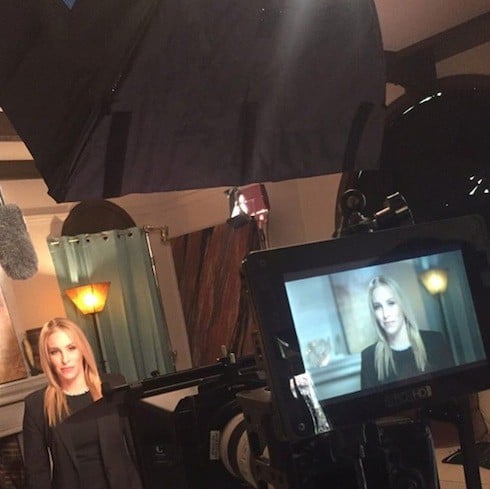 It’s been about six months since VH1 announced the show, but now, with only a few days left before its official premiere, the Family Therapy with Dr. Jenn cast bios and supertrailer are here! Dr. Jenn tackles what might be her biggest challenge yet–and that’s saying something when you’re talking about the woman who helmed Couples Therapy for years! Family Therapy follows the trials and tribulations of five family units, each crippled by disfunction and distrust, as they struggle to make amends and heal the many fractures in their relationships.

Dr. Jenn sets the tone right away in VH1’s supertrailer. “When you suffer, your whole family suffers,” she says, and promises “Years of oppressed abuse and sadness will finally be confronted.” It’s basically a three-week therapy boot camp for the Family Therapy with Dr. Jenn cast, so the amount of shouting, slapping, chair-throwing, and drunkenness in the trailer should come as no surprise. Before we get into the cast members themselves, here’s the official season-long trailer:

The trailer gets going with Tiffany “New York” Pollard, star of Flavor of Love and I Love New York, whose controversial mom, Michell “Sister” Patterson, still treats New York like a little girl. Sister is “an overbearing mother who suffocates her adult daughter,” says Dr. Jenn in the voiceover, and the excerpt we get of their exchange promises plenty of drama. “Your mom hit you,” Dr. Jenn says, to New York, and Sister butts right in: “So what? I’m the mother–I have that right.”

It doesn’t look like things will get any easier for the other members of the Family Therapy with Dr. Jenn cast, either. Dina and Michael Lohan have had a rough go of things over the past few years, since a high-profile falling out link with, as Dr. Jenn puts it, the “use [of] their celebrity children as pawns in their own war.” Damon Dash, whose rise to prominence as a co-founder of Roc-a-fella Records (alongsize Jay-Z) made him a major player in the music industry, is nonetheless “a music mogul who refuses to speak to his own brothers,” Jeremy and Bobby, because he feels the three of them had very different childhoods–even though they grew up side-by-side.

Briana and Brittany DeJesus became well-known thanks to their turns on 16 and Pregnant and Teen Mom 3. They had a huge falling-out, though, when Brittany decided to have an abortion; now, the two “struggle to find common ground,” and fear that they’re modeling behavior Briana’s daughter Nova will emulate later in life.

The DeJesus sisters do the most crying in the trailer, but probably share the most hugs, as well. The same can’t be said for former Jackass star Bam Margera, who appears with his mother April, and does not seem to be doing well. Bam is “an alcoholic whose mother is afraid for her son’s life;” based on the amount of self-destructive drinking we see of Bam in the trailer alone, Dr. Jenn’s description appears more than accurate. Bam gets what is probably the strongest warning of anyone on the Family Therapy with Dr. Jenn cast: he’ll die if he keeps up drinking at this rate.

Now, technically, Family Therapy will debut in just six more days–on Wednesday, March 16th. However, if the Family Therapy supertrailer has your interest piqued, you might be interested to see this Instagram update, from Dr. Jenn herself earlier today:

Holy crap! @vh1 just posted the first episode on #FamilyTherapy on line for you to see!! #preview on.vh1.com/1TxEpg5 I wanna hear what you think!

That’s right–if you’re so inclined, you can head over to the show’s webpage and watch episode number one right now! Otherwise, tune in to check out the Family Therapy with Dr. Jenn cast in action when the show makes its official debut Wednesday, March 16th at 9 PM EST on VH1.