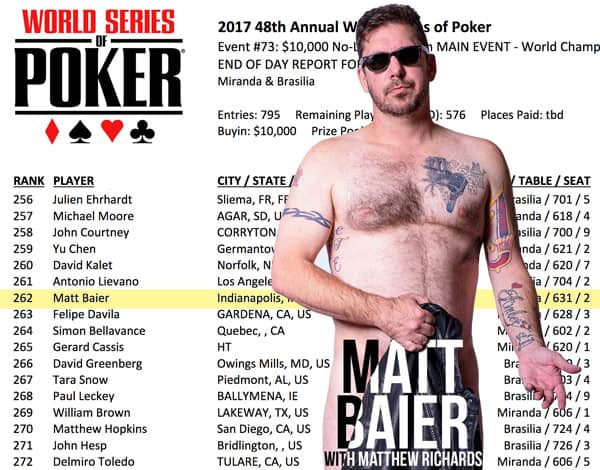 It seems Amber Portwood’s ex-fiance Matt Baier isn’t letting a little thing like a break up prevent him from living out his dream of competing in The World Series of Poker Main Event! Matt teased on Twitter last week that he was in Vegas for the famous No Limit Texas Hold ‘Em tourney, which costs $10,000 to enter, but he later seemed to suggest he was only joking. However, he just shared a photo of his chip stack after Day 1, and his name is listed on the WSOP official standings!

Here are the standings — the first is arranged alphabetically by last name, and then there is a smaller excerpt from the rankings arranged by number of chips: 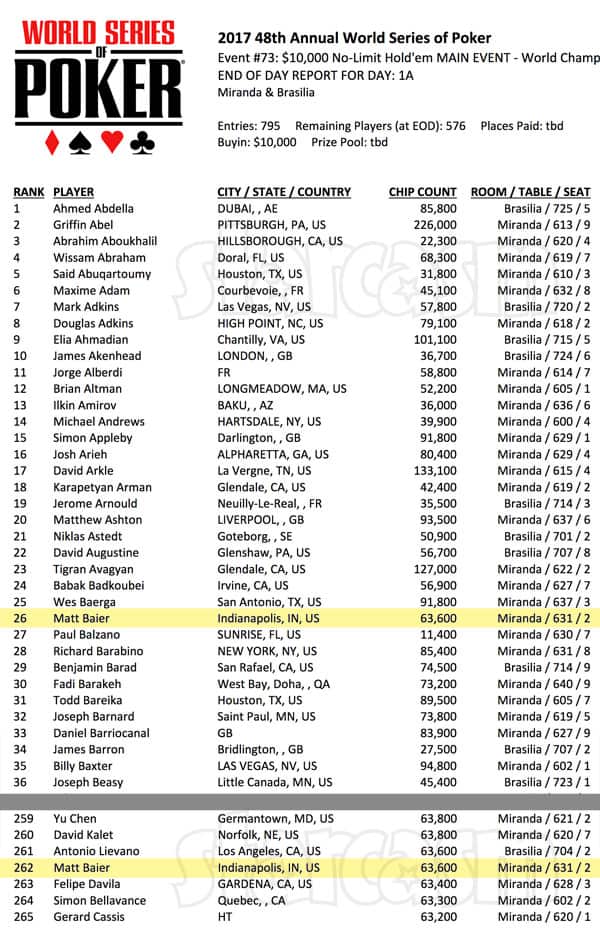 Matt ended the day with 63,600 chips, which puts him in 262nd place out of the 570+ who survived the first round with Matt. (I should point out that the first round is divided into three days, with Matt participating on the first day.) Here is Matt’s chip bag, which he posted online and wrote “Bag O’Chips ??? #lasvegas” 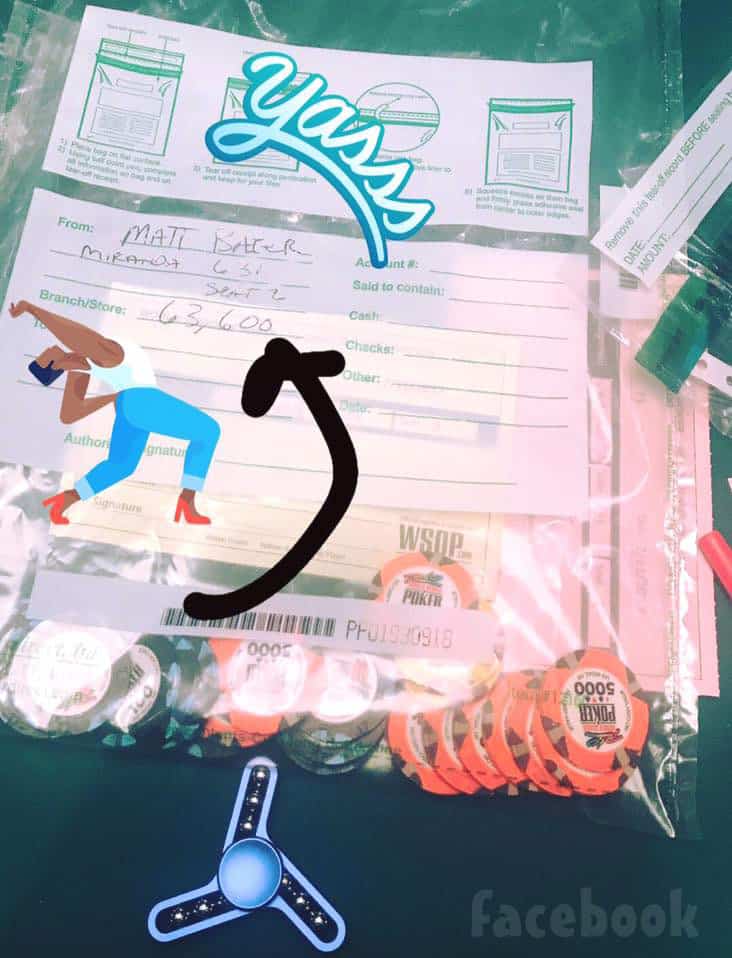 Matt is scheduled to return to the felt for round 2 on Tuesday, with ESPN2 airing live coverage from 7:30-11:00PM EST. Live coverage before and after will stream on PokerGo.com.

Matt’s “pokah buddy” Jeff (real name Jeffrey Bruno) is also playing in The World Series of Poker Main Event (That’s $20,000 in entry fess if you’re keeping count at home) and he was sitting at the featured table featured on ESPN2’s live coverage on Saturday! I’m not sure why, but I cannot find results for Jeff anywhere — not even among those who were knocked out. (???) Amber called him “Don” on Twitter, so I guess I should check aliases?

Meanwhile, to get you all caught up, here are Matt’s tweets from the last few days at The World Series of Poker: 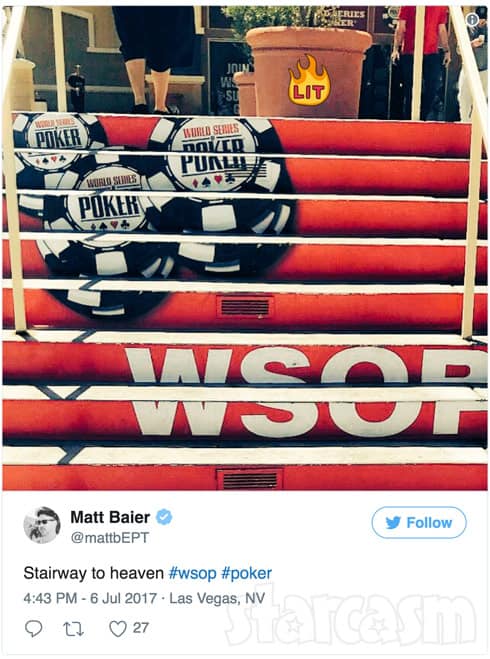