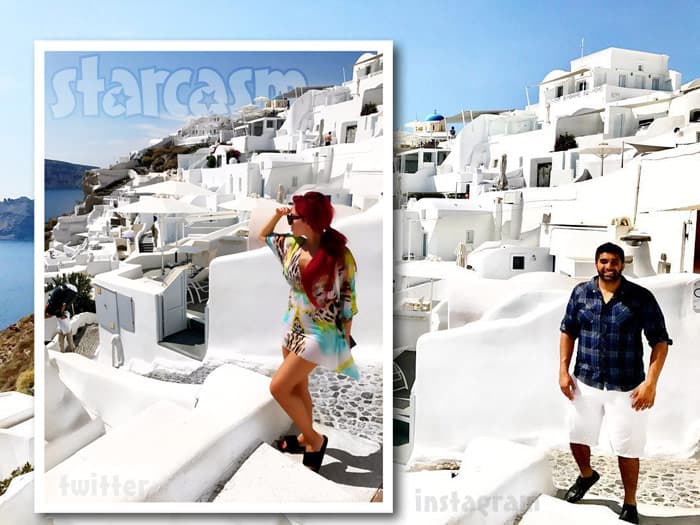 In Teen Mom OG “Wait, wait, wait — hold on a second!” news, Simon Saran was recently in Greece staying at the same resort as Farrah Abraham. I’m gonna take a quick paragraph break while that sinks in…

By stalking Simon’s social media posts, I was able to ascertain that he was spotted at JFK airport in New York City this weekend, and that was followed by a series of photos and videos from the Anax Resort and Spa in Mykonos, Greece.

Meanwhile, Farrah has also been posting photos and videos from the Anax Resort and Spa in Mykonos, as evidenced by their famous starlight infinity pool. Here they are in separate photos in strikingly similar places (with the starlight pool turned off): 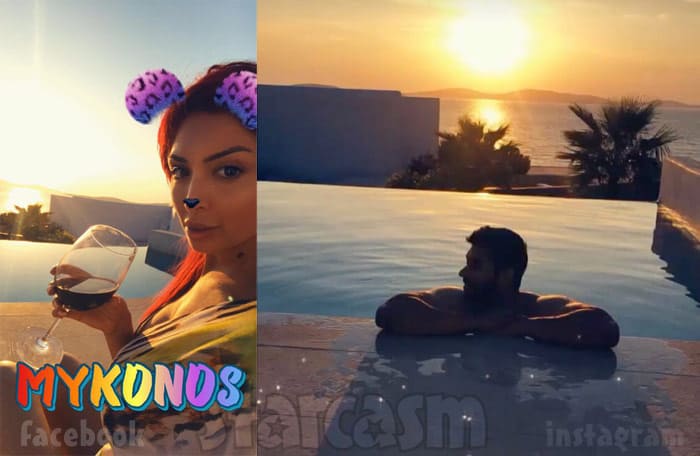 And just in case you still had your doubts, here are side-by-side photos of Farrah and Simon posing in the EXACT SAME spot: 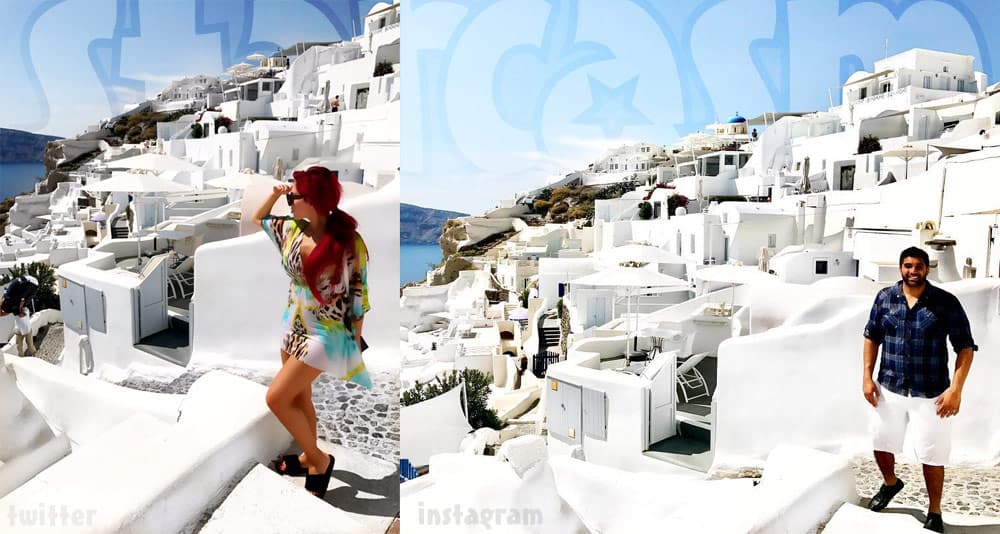 Yeah, I think dem two be trollin’ us!

I must confess that I was SHOCKED to find out Simon flew to Greece to be with (or at least very near) Farrah after their rather acrimonious split this summer. But, it seems I was not the only one who couldn’t believe he would do that. Simon posted a text graphic on Instagram not long before leaving the US that reads: “Sometimes even the devil on my shoulder asks ‘What the f**k are you doing?'”

Simon joins an Abraham family vacay that includes Sophia, Debra, Michael, and Michael’s new fiancee Amy. Prior to the trip, Farrah and her mother Debra were reportedly not on speaking terms, but judging from their social media photos together, things seem to be going well between them — perhaps due in part to the absence of Debra’s fiance, Dr. David Merz. 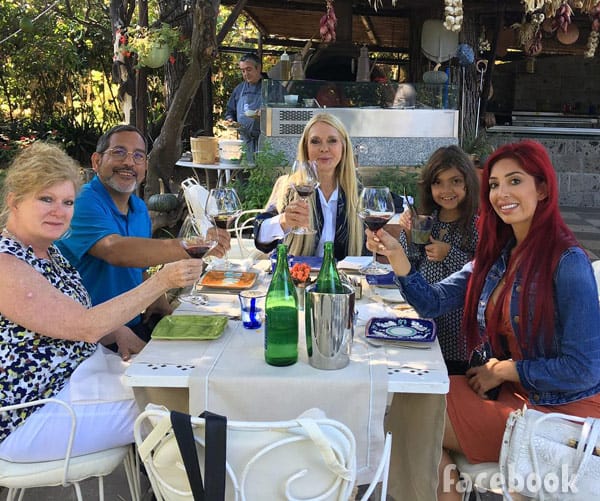 Tagging along with the Abrahams is an MTV film crew, of course. I speculated in a previous post that whatever they are filming is something more than just Teen Mom OG, and with Simon’s arrival on the scene, I feel 99% sure this is some sort of separate special or spin-off series. And who’s to say Simon will be the last of Farrah’s scorched bridges to show up? Perhaps Amber Portwood will arrive later this week — or maybe even Farrah’s estranged sister Ashley!?

On a side note, I write about celebrities all the time and have long since dulled down my envy inducers, but Farrah’s Mediterranean vacation looks AMAZING! I need to hit them up about potentially embedding a “journalist” for the trip. Something tells me I would greatly enjoy sipping Mom & Me red wine while eating pasta with the Abrahams as we watch the sunset above the starry infinity pool. (Assuming there are no screaming matches.)

And I have to say, if you don’t mind the red hair, Farrah looks GREAT:

UPDATE – Simon Saran just spoke with E! News about the rumored reconciliation with Farrah, and he says they are keeping things Platonic. “We are just friends and I think it’s better if we keep it at that level,” Simon says. “Her head game changed my mind. She’s great at it. Definitely knows how to cheer one up and put one in a better mood.” Simon continued with his reflections on Farrah: “Plus she’s funny at times. Grumpy at times too, but overall a good person. All of this reeled me back in but on a friend level. That’s all I have at the moment.” Farrah also spoke with the site, but awas a little less forthcoming. “I have nothing to share,” she said.

[* Apparently, Farrah and Simon are back from their vacation, so unfortunately we will not be having any more from Farrah’s European Bridge Mending Tour.]