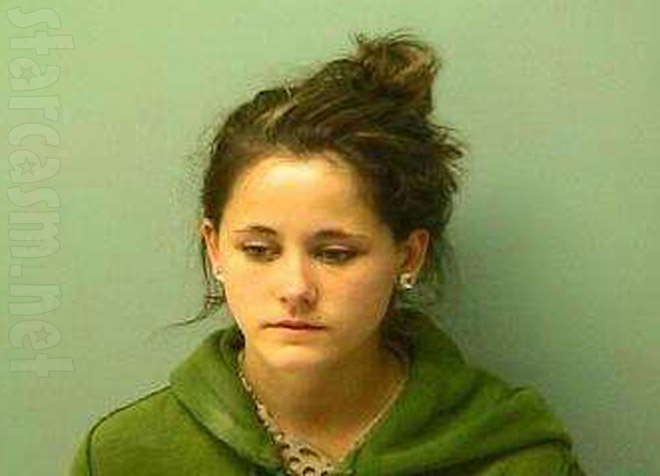 Starcasm.net broke the story that Jenelle Evans from 16 & Pregnant and Teen Mom 2 admitted to smoking marijuana while pregnant with her son Jace, and it looks like Jenelle might have continued with her marijuana use (at least she’s no longer pregnant!) The MTV reality star was arrested October 15, 2010 for alleged breaking and entering and marijuana possession (via Hollywood Life.) 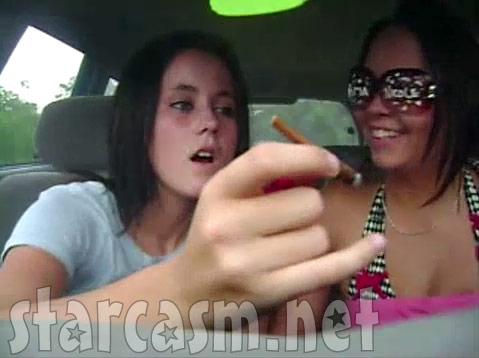 Jenelle definitely has a wild and crazy life. She’s gotten in several domestic disputes with her 57-year-old mother Barbara Evans, and is caught by MTV’s cameras pushing her mother. Teen Mom‘s Amber Portwood was also captured committing domestic violence on camera, which landed her in legal hot water. Her daughter Leah is currently a ward of the state, but she is now back living with Amber.

Jenelle’s mother Barbara has instigated a custody battle for Jace in the past, and Jenelle was involuntarily committed to a hospital Nov. 21, but was released because it was decided that she was no longer a threat to herself or others.

Jenelle is currently studying film at a community college.

Click here to add 16 & Pregnant to your personal DVD library.