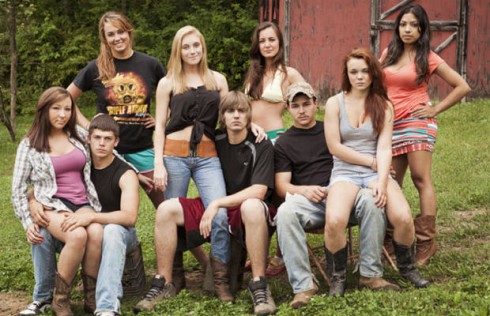 In the wake of the tragic death of cast member Shain Gandee, MTV has decided to pull the plug on the popular reality show Buckwild after only one season.

MTV has not issued an official statement yet but E! News, TMZ and members of the cast have verified the show will not continue on for a 2nd run.

Gandee, his 48-year-old uncle, David Gandee, and 27-year-old friend Donald Robert Myers, were found dead in his vehicle on April 1, after the three men were said to have gone mudding near Shain’s home in West Virginia. An autopsy confirmed they died from carbon monoxide poisoning inside his Ford Bronco, police in West Virginia stated.

Cast members were as unsure as anyone else about the fate of the show and were even calling out TMZ wondering how the site would know before they did.

Anna Davis wrote, “Clearly @TMZ would not know OFFICIAL news like that before THE CAST.” This same sentiment was shared by Cara Parrish who added, “I wish @TMZ would try to publish accurate stories or have an ounce of respect for people mourning tragedies. #SickF**ks”

Shortly thereafter, the cast got the official word from the network. Many expressed their dismay and urged fans to tweet MTV with the trend #KeepBuckwildForShain. Parrish argued that it was what Shain would have wanted.

For now @mtv has decided to stop filming Buckwild but we are looking into other show options in order to keep doing what Shain would want.

The show has been cancelled and my heart is in a million pieces. Shain would want us to carry on. His parents want this. So do we all. — Shae Bradley (@mtvshae) April 10, 2013

So you all as our fans and ppl who love Shain, tweet to @mtv if you want to keep the show. Show your support. Loretta and Dale want this. — Anna Davis (@MTV_Anna) April 10, 2013

Thinking of filming for @mtv without Shain hurts me clear through my soul but the thought of turning our backs on his dreams is worse. — Cara Parrish (@CaraFnParrish) April 10, 2013

Anna Davis took the time to post a video to keek asking fans to continue to urge the network to reevaluate their decision:

As reactions started pouring in, some folks accused the cast of simply wanting the show to continue for personal gains. Shae Bradley was having none of it. “And to all of you who say we’re doing this for the money, you’re ignorant. It’s about a group of best friends that just lost one. We want to keep our friends memory alive and live like Gandee.”