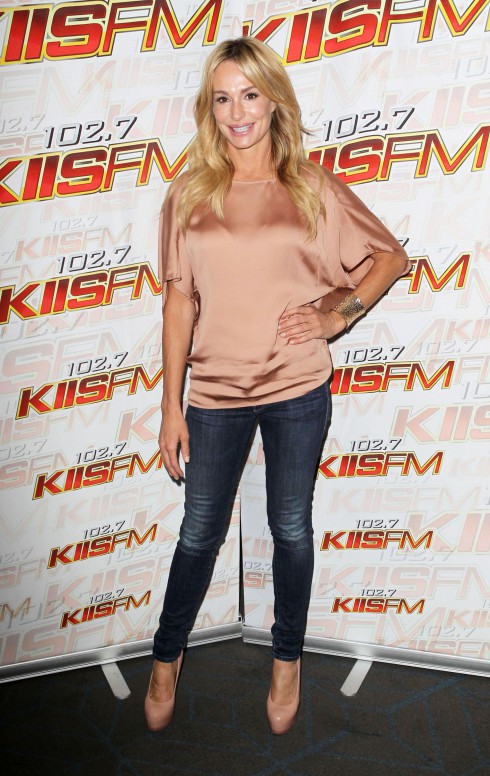 Towards the end of filming on The Real Housewives of Beverly Hills season 3, rumors began surfacing (as they always do around that time) claiming Taylor Armstrong wouldn’t be returning to the show. At the time, Taylor insisted that she had no plans to leave the show, and it now appears she got her wish — sort of.

While Taylor is all but confirmed for a season 4 return, her role will be greatly reduced. A source reveals exclusively to Starcasm that Taylor has been downgraded to a “friend of the Housewives” role much like Camille was last season — but Taylor won’t be filming quite as much.

Last year, it was reported that Taylor was considering leaving the show to be closer to her Colorado-based boyfriend John Bluher. Sources claimed that Taylor was moving out of her home in Beverly Hills and planning to move to John’s hometown. While Taylor did have to move out of her home and did head north to Colorado, it was only a seasonal visit.

Fans’ dwindling interest in Taylor’s storyline has been a concern of producers for a while now, and although they agreed to have her back, they don’t seem thrilled.

“Yolanda and Taylor began filming for the fourth season of RHOBH last week. It was a bit of a shock to see Taylor in front of the camera again because the crew thought she was a goner for sure,” a source told Radar Online earlier this month. “The viewers just don’t like her. But, it has been so hard to find replacements for Adrienne Maloof and Camille Grammer, that producers had no choice but to bring her back.”

PHOTOS Does Lisa Rinna wear a wig? Is she bald?