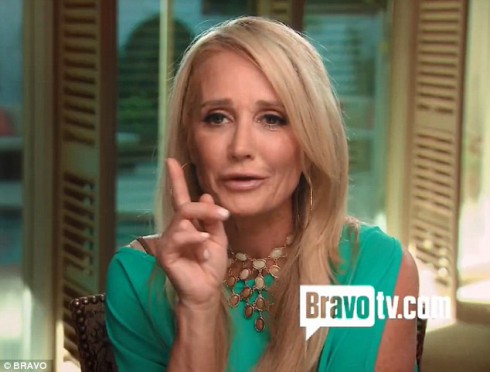 Kim Richards went to rehab in December of 2011 to treat her problems with addiction, and while The Real Housewives of Beverly Hills star claims to have gotten sober and stayed sober, the latest episode of the show hinted otherwise. During a trip to Paris, Kim seemed to be up to her old ways as she looked inebriated on screen (which seems extra odd because she had just staged an intervention for Taylor.) According to Kim, tough, it was all one big misunderstanding.

“The flight to Paris was long (15 hours!) but they gave us pajamas, and we played some games to pass the time. I tried to sleep as much as I could, but didn’t have much luck,” Kim wrote in her weekly blog for Bravo. “Everybody decided to meet down in Brandi’s room for fireworks. I came out on the deck at Brandi’s room that night, I was exhausted. I just didn’t feel like myself.” 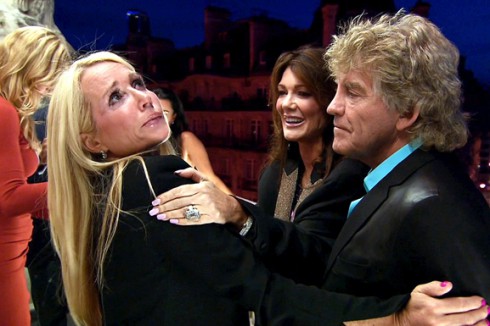 Kim went on to detail exactly how she was feeling when she first arrived to Paris and why it made her appear inebriated. “My stomach was hurting and I felt nauseous. I didn’t know why. I barely slept the night before we left L.A. It had a been a long day of traveling. Still something felt wrong. I just wasn’t myself and I had trouble focusing and staying alert.” During the episode, both fans and her co-stars became extremely concerned that Kim may have relapsed. She seemed to be acting as she did on the two prior seasons when she was actively using her drug of choice (alcohol) in addition to all of the medications she was prescribed.

However, what seemed to be a possibly drunk Kim was actually a medication mix-up. “What you didn’t see is the morning after our first day, I called a doctor to come check on me. It turns out I had brought the wrong medication with me on the trip!! I had been taking it since I left L.A.” What Kim didn’t elaborate on is what medication it was and why she was taking it. A few episodes ago, Kim got a nose job (which addicts in their first year of recovery are advised not to do), and although she insisted that she wasn’t going to use any pain medication, many worried that she may need it. So, could that have been what she was taking — or what she accidentally took? We may never know. But what we do know is that the incident was a wake-up call for Kim.

“Looking back on the trip, I felt lethargic and I really hadn’t been myself. Every day I take more steps in my recovery, and I’m in such a better place. Looking back on this really frightened me, and watching this makes me realize how much I value my sobriety today.”

To see how the rest of the trip to Paris pans out, tune in to Real Housewives of Beverly Hills on Monday at 8/7c.

EXCLUSIVE Taylor Armstrong downgraded from official housewife, will return as a friend