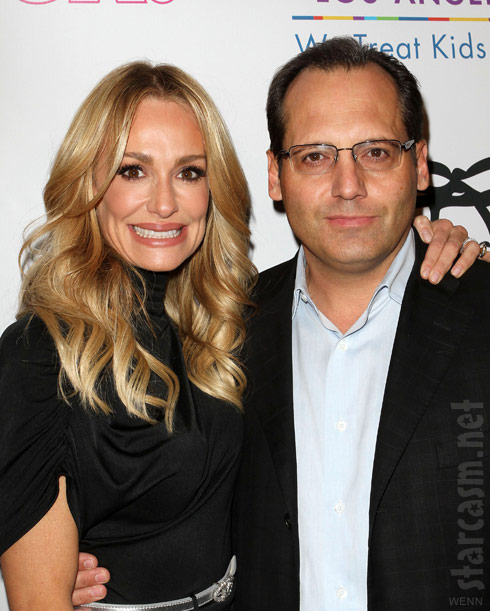 Russell Armstrong, the estranged husband of The Real Housewives of Beverly Hills‘ Taylor Armstrong, was found dead Monday night after an apparent suicide. The 47-year-old businessman was discovered hanging in a bedroom at a friend’s home on Mulholland Drive where he had been staying since his split from Taylor last month.

Russell was reportedly struggling with the divorce from Taylor and was swimming in a massive amount of debt. Adding to his troubles was the recent confession by Taylor that he had been abusive to her at times, an allegation he later confirmed. And then there was his history of legal problems uncovered after he appeared on the show, including a felony conviction and another recent suite alleging Russell and Taylor were running an internet scam.

TMZ spoke with Russell’s attorney, Ronald Richards, who tells the site, “I feel bad because his credit cards weren’t working … He had tremendous financial problems.”

Richards adds, “He was also extremely bummed out about the divorce with Taylor. As far as a will, even if he does have a will, they don’t have any assets, so I’m not sure what there would be left to leave. I am extremely saddened … I had no idea he was depressed.”

UPDATE – Hollywood Life spoke with Ed Winter of the Los Angeles Coroner’s office who tells them, “Russell Armstrong was found in a bedroom [at a friend’s house] last night and was pronounced dead at 8:16pm. He had hanged himself and there was no suicide note. At this time no foul play is suspected. An autopsy is pending, there will possibly be one done on Wednesday or Thursday.”

A number of The Real Housewives of Beverly Hills cast and crew found out about Russell’s death after reading about it online and have since offered up their shocked reactions via Tiwtter:

CLICK HERE for more heartfelt condolences from the Bravo family, including numerous housewives from the other locations.

Our sympathies go out to Taylor and to her 5-year-old daughter Kennedy.