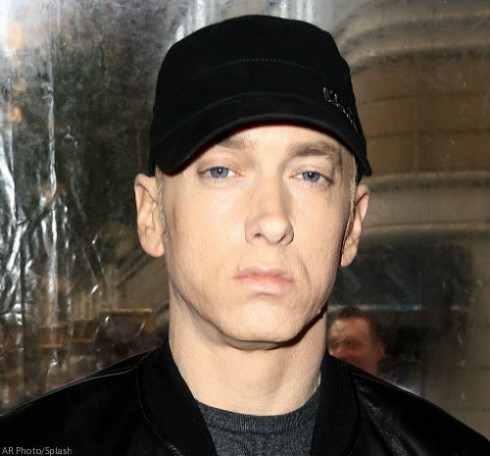 After surviving an overdose on pills in 2007, Eminem tackled two big problems at once: He vowed to get clean, and to lose his excess weight in the process. However, by doing so, he found himself in another dangerous place.

“I was close to 230 pounds. I’m not sure how I got so big, but I have ideas. The coating on the Vicodin and the Valium I’d been taking for years leaves a hole in your stomach,” he said in a new column for Men’s Journal. “So to avoid a stomachache, I was constantly eating — and eating badly.”

After that scare, Eminem turned to running, which gave him a natural endorphin high and also helped him sleep. But this soon turned into another problem:

I got an addict’s brain, and when it came to running, I think I got a little carried away. I became a f**king hamster. Seventeen miles a day on a treadmill. I would get up in the morning, and before I went to the studio, I would run eight and a half miles in about an hour. Then I’d come home and run another eight and a half,” he said. “I started getting OCD about the calories, making sure I burned 2,000 every day. In the end I got down to about 149 pounds. I ran to the point where I started to get injured. All the constant pounding from the running began to tear up my hip flexors.

Unable to keep up the same pace, Eminem said he found a better balance with workout videos — even though he admitted he’s still “pretty compulsive [about] working out.”

“I feel like if I step away from it for too long, if I have a crazy week and take a five-day break, it’ll be like starting over. I’m afraid that if it goes beyond that, I might lose the motivation,” he said. “Once you’re at a place where you’ve made progress and you’ve got some time invested in it, you don’t wanna quit and give up what you started.”