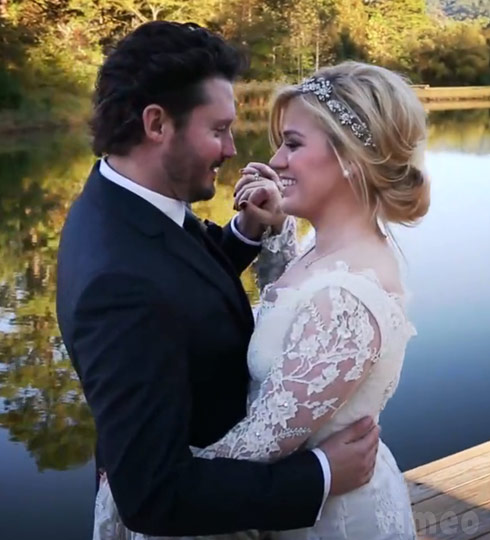 Kelly Clarkson now has a Clarkdaughter! The American Idol Season 1 winner took to Twitter earlier today to make the announcement to fans, revealing that her and husband Brandon Blackstock’s daughter was born on Thursday, June 12. Kelly also revealed the unisex name that she and Brandon picked out: River Rose Blackstock.

Our baby girl River Rose Blackstock arrived on June 12th! Thank you everyone for all of your well wishes! Brandon and I are on cloud 9!! 🙂

River Rose is the second celebrity singer’s baby girl given the initials R. R. this week after Lil Kim revealed her daughter’s name to be Royal Reign on Monday. Well, I guess it could be said that the best thing for a woman who just gave birth is a little R & R, right? 😉

Congratulations to Kelly Clarkson and Brandon Blackstock! Now, show us that baby!