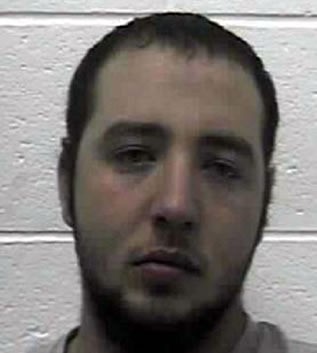 Just a short while after Salwa Admin was arrested for drug possession with the intent to sell, another Buckwild star has been thrown behind bars. This time, it’s Michael Burford aka “Bluefoot.” Michael was busted on Friday morning around 3:00 am in West Virginia and changed with an aggravated DUI.

TMZ reports, “Police say Burford was pulled over for speeding and appeared to be drinking. Officers say he failed a field sobriety test and had a blood alcohol level greater than .15 — which makes it an aggravated DUI case under West Virginia law.”

According to WTRF, Salwa has been behind bars at the Central Regional Jail in West Virginia since Sunday but on Wednesday, her bail was reduced from $200,000 to $100,000. Prior to her appearance on Wednesday, her attorney Mike Callaghan told press, “The charges are certainly significant. We’re talking with the prosecuting attorney right now to see how we might resolve those.”

If the prosecution can prove that the drugs (reports claim they found Oxycodone in Salwa’s purse and heroin in the home) came from out of state, the case and the charges could go federal which wouldn’t be a good thing for Salwa — especially considering she has a prior record.

MTV has yet to comment on either Michael or Salwa’s arrest.

Buckwild was recently renewed for a second season.