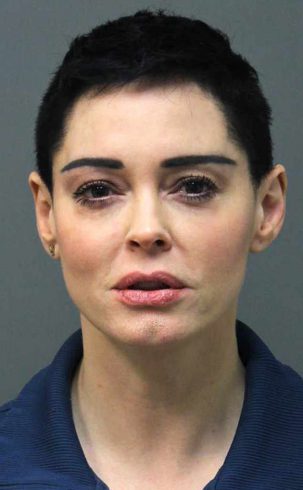 Rose McGowan was indicted by a grand jury on Monday for January 2017 cocaine possession charges in an airport and faced 10 years in prison. Her lawyer, Jose Baez, says his client “steadfastly maintains her innocence. These charges would have never been brought if it weren’t for her activism as a voice for women everywhere. I assure you, this selective prosecution will be met with a strong defense.”

In previous court documents filed in this case, Rose’s lawyers pointed out that five hours passed between the time Rose got off the plane and the wallet was found on the plane by a cleaning crew.

The theory put forth by lawyer Jessica Carmichael is that McGowan was framed by Harvey Weinstein because of her outspokenness about experiencing abuse at his hands and Mr. Weinstein’s use of “underhanded tactics to ‘silence’ his victims,”

McGowan’s trial date is set for today, but she will not be in attendance.