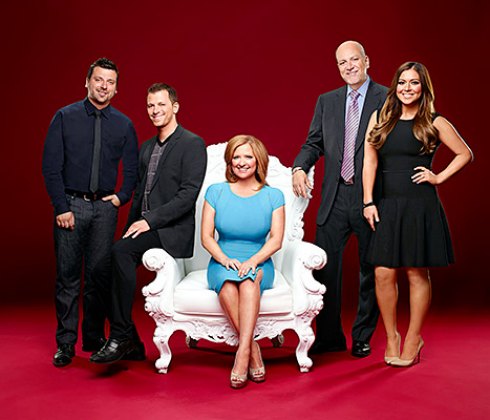 Caroline Manzo has graduated to the big leagues. Like many who have come before her, the former RHONJ has left her housewife status in dust in order to star in her very own spin-off Manzo’d with Children.

Bravo has heavily promoted the show with preview clips and promo photos (like the one above) and viewers are noticing Caroline looks a bit different these days. This change in appearance has lead some to wonder, has Caroline had any work done?

When she appeared on Watch What Happens Live, Andy said, “We’ve got this [question] so much. Everyone watched Manzo’d with Children and wants to know what you’ve had done.”

“You know, if I was to have gotten something done, I would look better than this!” Caroline laughed.

So, what’s her explanation as to why she’s looking so different these days? “I’ve lost weight and I’m at peace.”

Caroline also told Andy that the photos we’ve been seeing are heavily airbrushed.

Here’s a full length shot of Caroline that have perpetuated some of the rumors.

Do you think Caroline is telling the truth? Is her refreshed appearance really just the result of losing weight, being at peace, and having a good photoshop artist?

Meet Brandee Dillehay of Love in the Wild