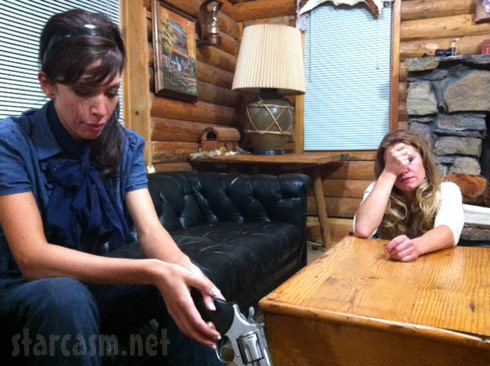 As you may have heard, former Teen Mom star Farrah Abraham is making the transition from reality star to feature film actress in the slasher sequel Axeman 2: Overkill in which she plays the Bible-thumping Fanny Rae Baker. Judging from the exclusive behind-the-scenes photo above, Fanny Rae is fully prepared to exercise her Second Amendment rights against The Axeman as she looks a bit stressed while holding a rather sizable handgun!

In the photo, Farrah and actress Arielle Hader, who plays Irma Jean Manly in the movie, look a little stressed out to say the least. Umpire Public Relations Director Tonny Touche tells us the still is from “a pivotal scene in the film where two friends must do the unthinkable in a fight for survival.” Touche adds, “Farrah and Arielle both were emotionally exhausted at the end of this scene as evidenced in the photo.”

Here’s another photo of Farrah along with The Axeman himself, played by WWE and WCW wrestler Bryan Clark (aka Adam Bomb): 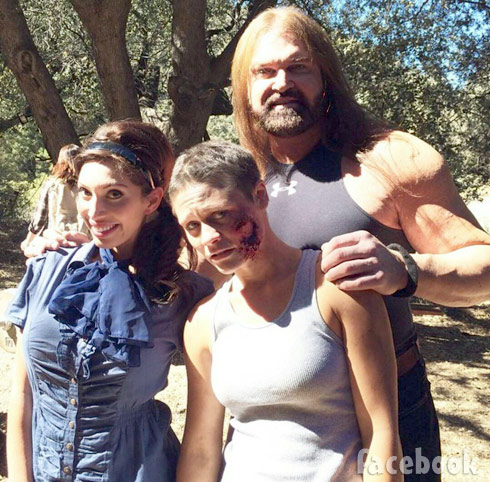 So how is the world-famous Teen Momtrepreneur handling herself in front of the movie cameras? “Farrah’s detractors will be angry,” Touche says, “she turned in a very inspiring performance.”

In addition to the photos above, cast and crew have been posting additional behind-the-scenes photos from Axeman 2: Overkill, some of which we collected together in a previous post. A number of the funnest pics come from one of reality TV’s funnest personalities, Rachel Reilly, who plays the “badass” character Breaker, “a double-crossing bank-robber whose only loyalty is to a paycheck.” Check out this photo in which Rachel can be seen toting a gun that puts Fanny Rae Baker’s to shame! 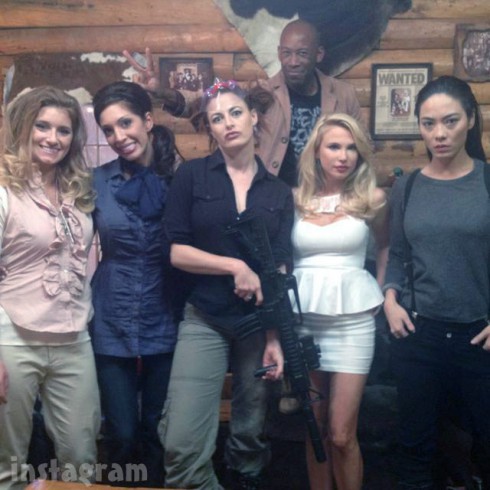 And Rachel showed off what looks to be Breaker’s bank robbing mask, and I have to confess that the result is kinda creepy sexy: 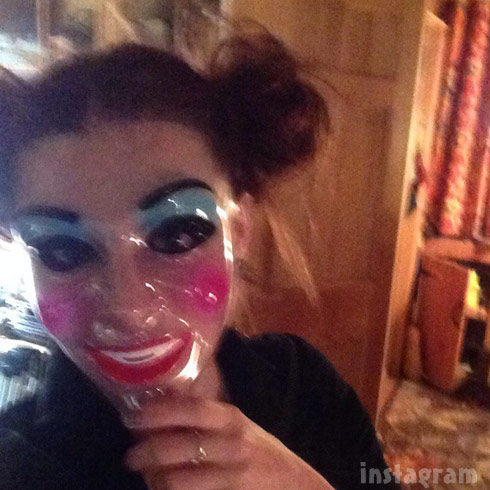 “What’s up @axemanthemovie watch out people…….” Rachel captioned the photo on instagram. “Don’t mess with Breaker!”

Someone else you don’t mess with? The Axeman himself! Check out this photo in which the titular character appears to be axing Rachel Reilly and film director Joston Theney something: 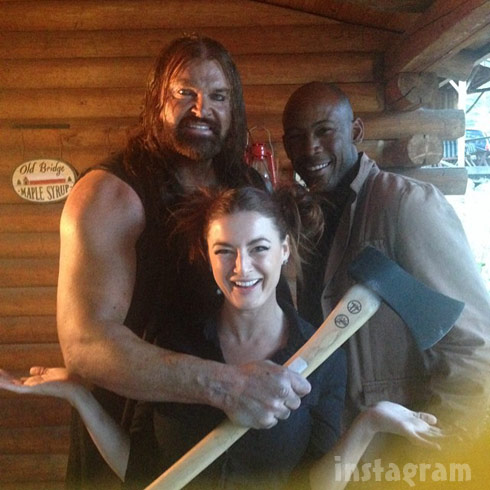 Here are a few Twitter pics from the set followed by a gallery of all the photos I could find!

Holy mouth blood, on the set of Axeman 2. With @hannahmaemuse #horror #film pic.twitter.com/cm5TfdXhbc

#RachelReilly & I got paid this GIANT bag of money to be in Axeman 2: Overkill #Axeman2 @RachelEReilly #horrormovie pic.twitter.com/pumlMvmbjL 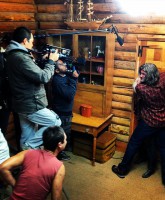 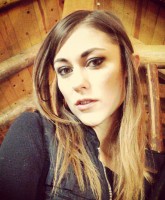 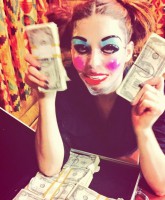 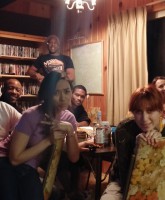 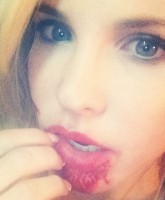 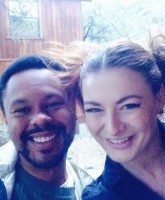 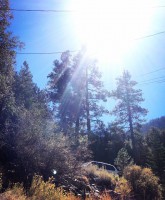 Axeman 2 Overkill photo “Blessed to be filming at yet another incredible location. #actress #horror #indie #nationalpark 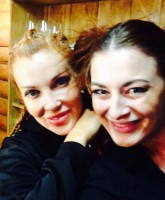 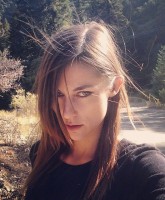 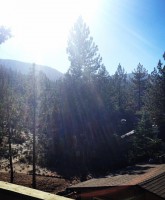 Axeman 2 Overkill photo “View from the deck at my home this week. Now if they’d just give me a horse to get around life would be perfect!! #travel #onset #movie #actress #axemanoverkill #location #mountains #woods #serene” – Hannah Landberg – Facebook 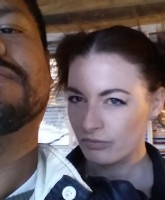 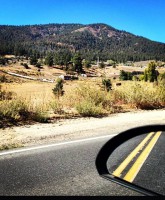