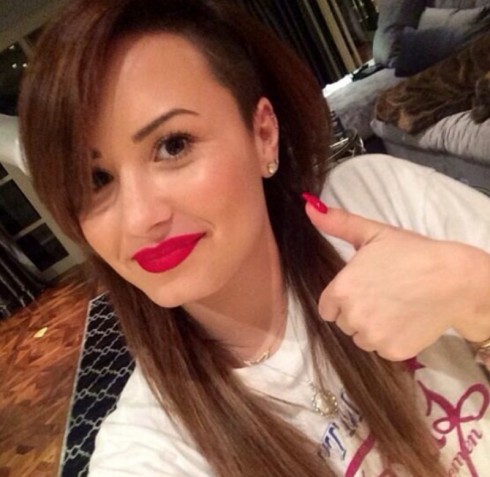 “I treat it with medication,” she told Cosmopolitan for Latinas. “Not everybody does that, but for me it works.”

Although Demi’s revelation may seem like a little thing to many people, it’s like music to the ears of some people dealing with their own mental health issues: Quite often, prescription medications are stigmatized, which can add to the stress of the person seeking a stable mental state. By admitting she treats her condition with medication, Demi’s balancing out the loud voices that scare some people off from treatment that could benefit them.

Demi added, “That’s what works for me — medicating, checking in with people, being honest, and being grateful for things.” 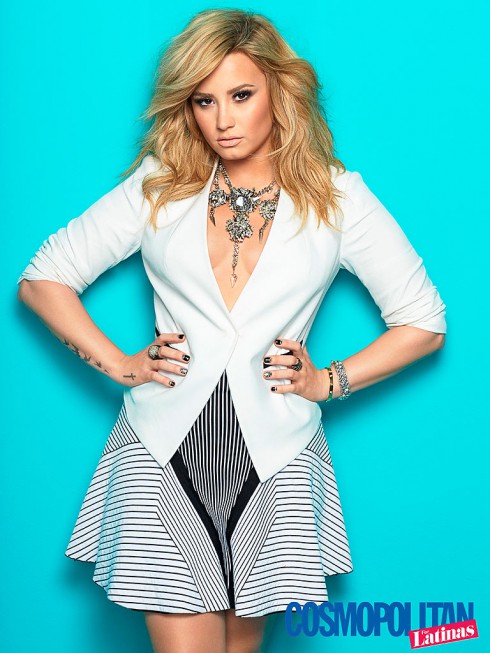 Demi continued that she used to combat her mental health issues with drugs and alcohol. She described the slippery slope she went down to Fabulous in 2012, saying, “What I can say is that I was depressed. I would come off stage in front of 18,000 people and suddenly be alone in a hotel room. I’d come crashing down and would try to find a way to recreate that feeling, to stay ‘up.'”

After a well-publicized stint in rehab, Demi discovered there were better ways to cope. She said really realized how far she’s come when she decided to spend her 21st birthday helping the Free the Children charity in Kenya rather than “drinking and doing drugs.”

“I always imagined my 21st being a huge party where I’d get s**t-faced and go crazy. But I realized that there’s so much more to life than that. Imagine walking 10 miles a day just to get water for your family? We have so much to be grateful for.”

Now in a better place, Demi said she’s motivated to be a good role model — even if it’s just on a smaller scale.

“When I was younger, I needed someone in the spotlight to idolize, who stood for positivity and light and happiness, and wanted to change the world,” Demi said. “And because I didn’t have that, I realized, I want to do that, if only for my 12-year-old little sister.”

Demi Lovato and Wilmer Valderrama split after nearly 6 years together