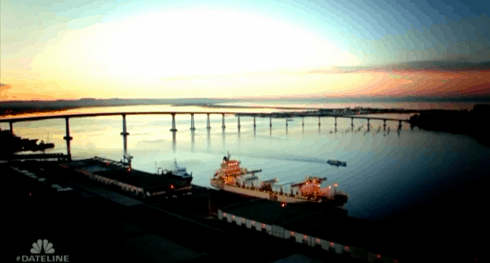 Tonight’s Dateline episode looks at the mysterious deaths of 6-year-old Max Shacknai and 32-year-old Rebecca Zahau, who died within days of each other in 2011 at a California beachside mansion.

The sprawling mansion, known as the Spreckels mansion, belonged to pharmaceutical CEO Jonah Shacknai. In July 2011 his six-year-old son Max fell down the stairs and died. Days later, Jonah’s girlfriend of two years Rebecca was found dead hanging from the balcony. She was gagged and her hands and ankles bound. Before Rebecca died she painted on the walls. “She saved him. Can he save her?”

Both Max and Rebecca’s deaths were determined to have no foul play. Max’s death was ruled an accident and Rebecca’s a suicide. She had been the only person at the home when Max fell down the stairs, so many peopled believed she took her own life because she couldn’t live with the guilt. Her family, however, had doubts.

This April, seven years later, Adam Shacknai was found responsible for Rebecca’s death in a civil trial. Her family was awarded $5 million in damaged. “For seven years we had to fight to make it known she didn’t commit suicide even though we knew she didn’t,” her sister Mary Zahau-Loehner said at the verdit.