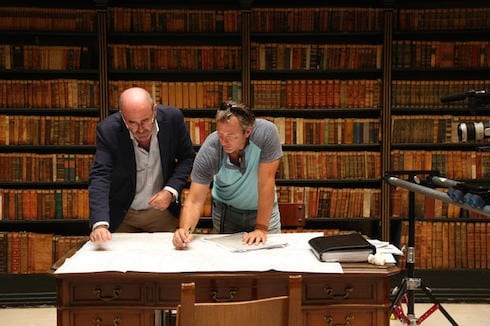 Discovery’s Cooper’s Treasure has had the broad cross-section of the reality TV, treasure hunt, and outer space communities salivating ever since the network first announced the show. The implications of a hunt for shipwrecked treasure based on an astronaut treasure map were almost too good to be true–particularly since the initial wave of information about the show was maddeningly vague on key points. Chief among them: how could a legendary astronaut like Gordon Cooper accidentally discover hundreds of potential shipwrecks when he was supposed to be “scouring the globe for nuclear sites”? Was Cooper’s Treasure a fake? Could it be, like so many of its forebears, simply too good to be true?

Now that the show has arrived, it turns out that most of those fears are unfounded. For one thing, strapping Oklahoman Gordon Cooper–one of the “Original 7” astronauts responsible for literally launching the US space program–was the kind of guy who could make this look good: 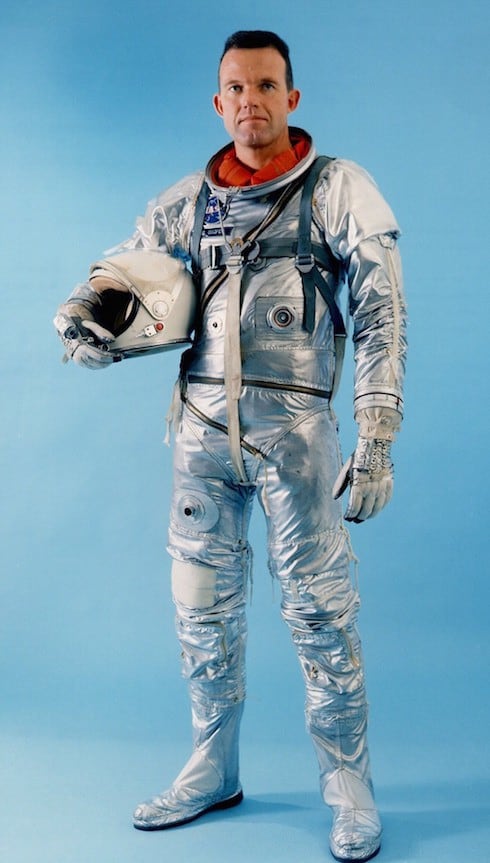 However he was also increasingly drawn to conspiracy theories; for example, later in life, he became well-known for insisting that the government was actively covering up the existence of UFOs. (On the other hand, Cooper was also legendary for his even temperment: during a launch delay in 1963, he became the first astronaut to fall asleep in the Mercury capsule.)

But Cooper was exceedingly thorough–which would prove to be a key element in his belief that he’d found and mapped scores of shipwrecks from his vantage point in outer space. As a recent Vanity Fair feature points out, Cooper’s Treasure hinges on Cooper’s belief–not necessarily rooted in fact, but that’s what makes it so fun–that “he discovered the treasure while using equipment to spot nuclear threats according to magnetic anomalies,” found “several anomalies that were too small to be nuclear silos,” and “soon deduced that they must be shipwrecks.”

So it was perhaps only natural, given Cooper’s temperament, that a treasure map would emerge:

(As a quick aside, it’s worth pointing out how well-done the music for Cooper’s Treasure is. The scene above is simple exposition–but when you’ve got what sounds and feels like a Hans Zimmer score keeping the tempo, the stakes immediately become grand and inspiring.)

As for the man in charge of Cooper’s treasure discovery? Darrell Miklos keeps Cooper’s faith despite–or maybe in spite of–a firm understanding of how much effort, guesswork, drudgery, and plain luck are involved in excavating even one of the sites on Cooper’s map, let alone all of them. And, of course, the first and in many ways hardest thing to do is to make sense of all the data involved with the map itself.

“The show starts out as a journey of finishing something we weren’t able to finish and deciphering these files and information that Gordon gave me,” Darrell said at a Television Critics Association event earlier this year. When that easy task is complete, the more physically (and bureaucratically) demanding part of production begins.

“You have to prove that the story and the material that you’re getting your information from is real,” Miklos explained. “Then you’ve got to convince an investor, then you’ve got to get a permit to do salvaging in certain countries, that may not work, and if any of these fails, then none of it’s going to work. And then first and foremost I have to prove to my wife that I’m not crazy—again.”

In that sense, Cooper’s Treasure is also veering into Curse of Oak Island territory: since there are thousands of possibly shipwrecks on the treasure map, and no definitive way to tell which ones might contain sunken treasure–and since “treasure” can be reasonably defined as anything valuable, even salvageable scrap–the length of Cooper’s Treasure Discovery run could well be indefinite, provided Darrell is up for the challenge and the ratings are solid.

And, after all that, don’t forget to tune in: Cooper’s Treasure airs Tuesday nights at 10 on Discovery.