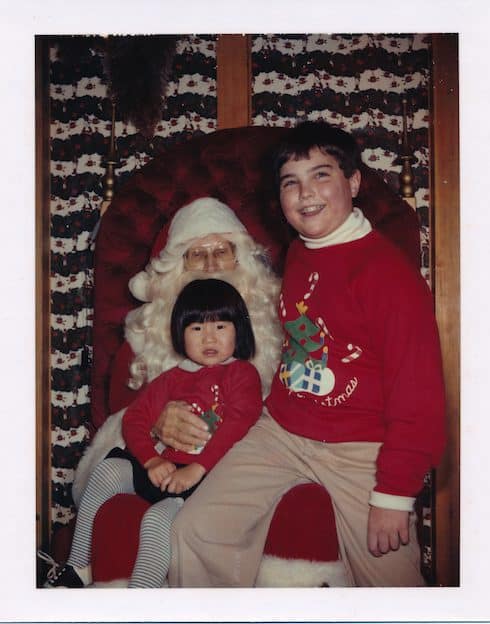 One of the most harrowing traumas in true crime documentary A Murder In Mansfield reveals is extent of the damage Noreen Boyle’s murder did to her extended family. Her son Collier was put into foster care, and Collier Landry’s sister Elizabeth was ultimately adopted by a different family — one that didn’t want the two siblings to remain in touch. Though the film doesn’t reveal what became of Elizabeth (or of Collier’s half-sister, whose name is not given in the film), when we spoke with Collier he explained his current relationship with both women.

(Click here to read our extensive interview with A Murder In Mansfield‘s Collier Landry.)

Elizabeth’s absence makes her a conspicuous presence in A Murder In Mansfield. Originally from Taiwan, Elizabeth was adopted by the Boyles while still a toddler. She was just three years old when her father murdered her mother. And, as Collier explains, he’s all but certain, given his family’s usual sleeping arrangements, that Elizabeth was in the bed with Noreen when Jack Boyle murdered her.

But, other than their brief family history and a scene in which Collier calls the only number he has and leaves a message saying he’d love to meet with her, Collier Landry’s sister Elizabeth does not appear in the film.

We asked Collier if he had been able to get in touch with her, and if she’d perhaps simply declined to appear on screen. Unfortunately, the answer to both questions was no.

“I have never spoken to her — I haven’t spoken to her in 28 years,” Collier told us. “We made several phone calls, people picked up, didn’t answer, there was dead air on the line. We started talking, were hanged up on. I don’t know if we had a wrong number, if the person on the other end wanted us to think we had a wrong number. Obviously you can go do a database search and look up the name and get the phone number [to check]. We never got a response on the phone.

The story of Collier’s anonymous half-sister is only slightly different. As we wrote before our interview with Collier, he was able to get in touch with her during A Murder In Mansfield‘s pre-production.

But his half-sister’s situation is more delicate: She is the child of Collier’s incarcerated father Jack and a woman referred to only in A Murder In Mansfield as Sherri. Sherri was Jack’s girlfriend during his estrangement from his wife Noreen, from whom he had been beginning the process of a divorce. Sherri appears on-screen only via footage from Jack’s 1990 trial. And she had no interest in appearing on-screen in the present day.

“I was able to speak to my half-sister about the project, and she was hesitant about participating,” Collier explained. “And I understand that. She has a relationship with her mother, and her mother did not want to participate. So that was that.”

A Murder In Mansfield‘s television premiere is November 17th at 9 PM on Investigation Discovery.