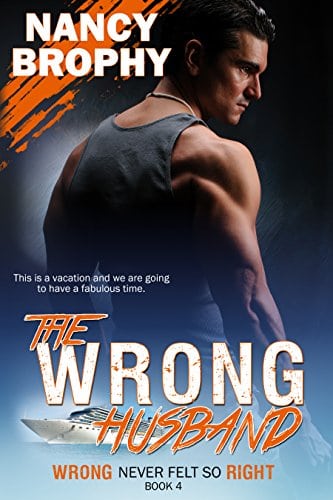 63-year-old self-published romantic thriller writer Nancy Brophy wrote books like The Wrong Husband (Wrong Never Looked So Right) and seemingly tongue-in-cheek essays like one titled “How To Murder Your Husband.” Now, Nancy’s been arrested for allegedly doing just that.

“As a romantic suspense writer, I spend a lot of time thinking about murder and, consequently, about police procedure,” she wrote seven years ago for the website See Jane Publish.

“After all, if the murder is supposed to set me free, I certainly don’t want to spend any time in jail,” she says, shifting the tone from the perspective of a writer to first person. “And let me say clearly for the record, I don’t like jumpsuits and orange isn’t my color.” It’s one thing to try to get into the mind of a killer and quite another to actually be one.

In the article she listed several chilling motives for murder. In one of her explanations she says it’s better to be a widow than divorced because the Church frowns on divorce.  She also lists divorce as being “too expensive.” She talks about abuse, but does it in a cold calculating way noting that “anyone can claim abuse.” Of course, there is the possibility that she was hiding real abuse she was suffering under humor.

Financial: Divorce is expensive, and do you really want to split your possessions?

Lying, cheating b*****d: This is a crime of passion. In anger, you bash his head in or stab him with a kitchen knife.

Fell in love with someone else: Let’s say your Church frowns on divorce. You need to be a widow, so you won’t fall out of favor with your religion.

Abuser: This one is tough. Anybody can claim abuse. What is abuse?

It’s your profession: Now we’re talking. You already possess both skill and knowledge. You have the moral ambiguity necessary to carry it off.

On the morning of June 2, 2018 Nancy’s husband of 27 years, chef Daniel Brophy, was gunned down in a kitchen at the Oregon Culinary Institute, where he taught classes.

Nancy wrote on her Facebook wall informing her family and friends of her husband’s death:

For my facebook friends and family, I have sad news to relate. My husband and best friend, Chef Dan Brophy was killed yesterday morning. For those of you who are close to me and feel this deserved a phone call, you are right, but I’m struggling to make sense of everything right now. There is a candle-light vigil at Oregon Culinary Institute tomorrow, Monday, June 4th at 7 pm. While I appreciate all of your loving responses, I am overwhelmed. Please save phone calls for a few days until I can function. 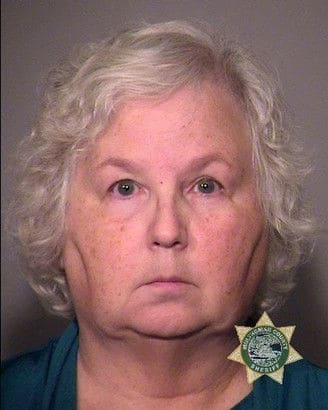 Her neighbor Don McConnell, told the Oregonian that when he saw her she didn’t seem to be acting the part of a devoted widow. “She never showed any signs of being upset or sad,” he said. “I would say she had an air of relief, like it was almost a godsend.”

At a candle-light vigil in his memory Nancy said about her late husband: “He loved teaching, he loved mushrooms, and he loved family. Not only was life a science experiment, but sometimes it was an adventure.”

Nancy was arraigned in court Thursday, September 6, 2018. The judge approved a request from the prosecutor to seal the affidavit containing details about the murder.

On her website she describes her life with her chef husband with idyllic, flowery language.

I live in the beautiful, green, and very wet, Northwest, married to a Chef whose mantra is: life is a science project. As a result there are chickens and turkeys in my backyard, a fabulous vegetable garden which also grows tobacco for an insecticide and a hot meal on the table every night. For those of you who have longed for this, let me caution you. The old adage is true. Be careful what you wish for, when the gods are truly angry, they grant us our wishes. And the payment is always high, I fight an insidious ten pounds every year of my life. I can’t tell you when I fell in love with my husband, but I relate the moment I decided to marry him. I was in the bath. It was a big tub. I expected him to join me and when he was delayed, I called out, “Are you coming?” His answer convinced me he was Mr. Right. “Yes, but I’m making hors d’oeuvres.” Can you imagine spending the rest of your life without a man like that?

Brophy’s book covers feature handsome chiseled men and beautiful women. They seem to be the typical over-the top fantasies offered in romance novels.  Her 2015 novel The Wrong Husband is about a woman who falls in love with a man sent by her abusive husband to find her after she shipwrecks on a Mediterranean island.

THE GIRL IN THE BATHTUB Mysterious death of Julia Law